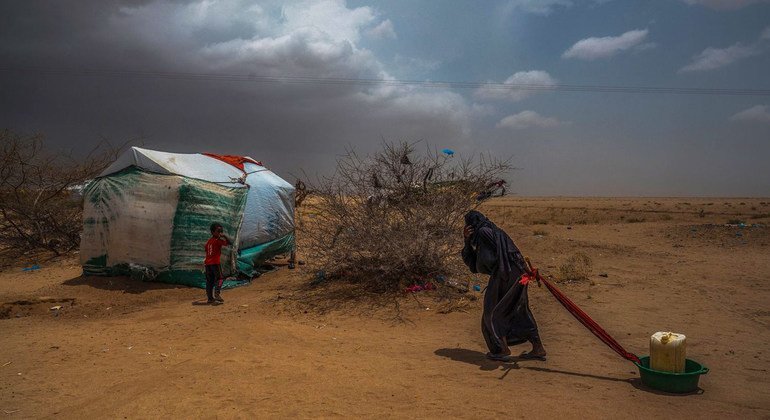 United Nations High Commissioner for Refugees Filippo Grandi announced the winner on Wednesday. Each year, the award recognizes a person or group, who goes beyond the call of duty, to help displaced or stateless people.

In a statement, Grandi said that “Jeel Albena is doing this in an extraordinary way helping people on all sides of the conflict in Yemen.”

â€œIts staff and volunteers have stayed behind, working quietly on the ground throughout the conflict, in the face of the toughest adversity, at a time when many more have left,â€ he said.

Their work, often near the front lines, has included the construction of 18,000 emergency shelters for internally displaced people and their host communities. Their work has also enabled thousands of people to earn a living and has been a means of restoring basic human dignity.

Mr. Grandi noted that Jeel Albena’s motto is â€œBy Yemenis, for Yemenisâ€ and that it â€œexemplifies his spirit of local community actionâ€.

“Always, they are looking for solutions with the communities where they are active,” he explained.

Created in June 2017, the association started with just fifteen employees and now has more than 150 employees, more than 40% of whom are recruited from displaced communities.

The organization operates in Hudaydah, Hajjah, Al Mahwit and Raymah; four governorates which alone host 25% of all internally displaced people in Yemen.

Mr. Jubran started working with internally displaced people while he was at university and he never stopped. He was almost killed in the conflict and, like many members of his team, he himself was displaced.

â€œBut he didn’t give up. In fact, he says the experience of being forced to flee his home only increased his resolve, in Nansen’s true spirit, â€Grandi recalled.

For the High Commissioner, the award “puts a much needed spotlight on Yemen, a country where the suffering facing civilians is not receiving the attention it deserves.”

Since the start of the conflict, four million people have fled their homes to find safety. About 80 percent of these people have been displaced for more than a year, straining their ability to cope as well as that of their hosts.

“But it’s not just about Jeel Albena,” Grandi said. “The award also recognizes the extraordinary work done by many local NGOs on the ground in Yemen”

Besides the UNHCR, the Nansen Refugee Award is presented by a committee led by the governments of Norway and Switzerland.

â€œI deeply hope that this award will bring international attention to Yemen and that Jeel Albena’s extraordinary work will inspire more action for the people who have suffered there,â€ the High Commissioner concluded.