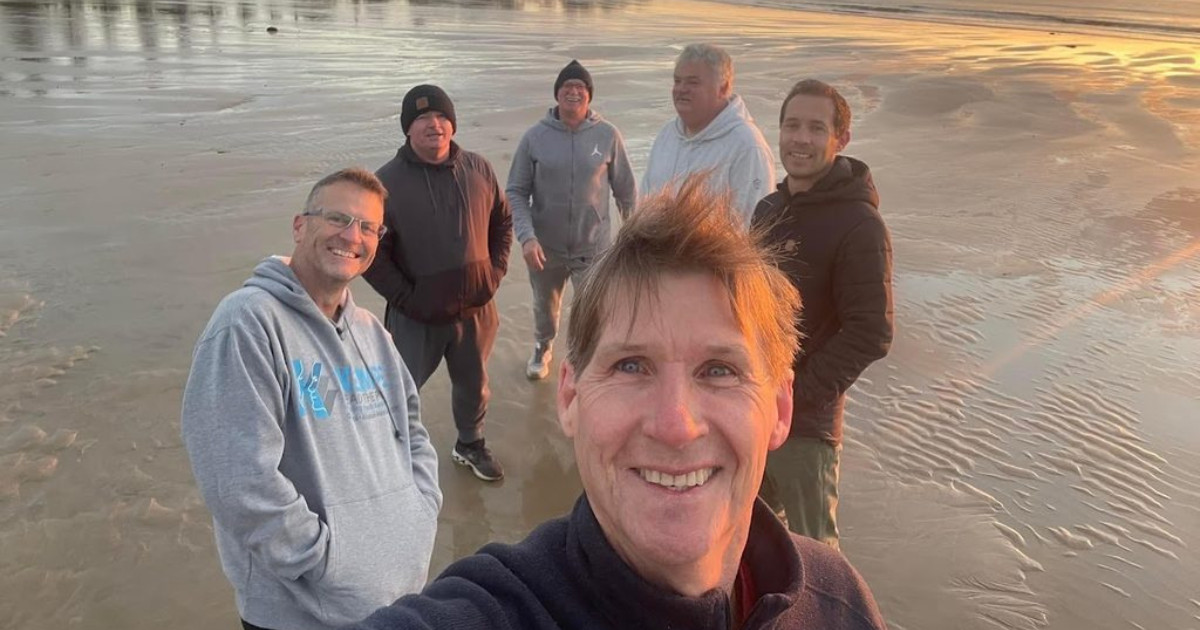 The TORQUAY branch of Australian men’s health group ‘The Man Walk’ celebrated its third anniversary, encouraging men to connect and support each other by walking and talking to improve their physical and mental health.

Last week the group from Torquay came together for a special anniversary walk and a meal and a pot at the Bird Rock Cafe, toasting the special occasion and the friendships and relationships that have been forged over the course of road.

The Man Walk is an Australia-wide community initiative founded in 2018 by Kiama physiotherapist Mark Burns that aimed to connect men to build friendships and bonds around something as simple as a walk in his locality.

Fast forwarding four years of marching, talking, supporting and spreading the word, the group is set up in every state and territory in Australia, with between 70 and 80 regional groups linking men to promote the fact it’s okay to talk about their feelings.

The Man Walk is even recorded and undertaken overseas in Derbyshire in the UK, Drinan in Ireland and Niagara, Pelham in Canada.

Torquay Man Walk co-founder Peter Kelly said the group’s Surf Coast arm was delighted to reach its three-year goal, citing he thought the group had become a great way to promote fitness and mind of men.

“It’s great to reach the three-year milestone and celebrate and strengthen all of the great relationships and friendships we’ve made over the past few years of walking together,” Kelly said.

Mr Kelly said the group was created through a mutual relationship with the Geelong Branch group who wanted to open a chapter in Torquay.

“After following the set up of the group here in our locality, we initially had four walkers who participated, a number that has now grown to around 50 people who have come to walk at one point or another,” said Mr. .Kelly.

“It’s all based on this concept of social connection which is good for mental and physical health.”

Mr. Kelly encouraged all local men to get involved in the cause and that they would be welcomed with open arms.

“Most of the guys come from a variety of backgrounds, but all of them really like to get together, chew a little and hang around,” Mr. Kelly said.

“It’s a pretty simple concept, but one that we really appreciate and see a lot of benefits from.”

The group meets at 7am at the Salty Dog Cafe in Torquay every Saturday morning.

For more on The Man Walk, go to themanwalk.com.au.

Agenda: A look at the region’s support organizations