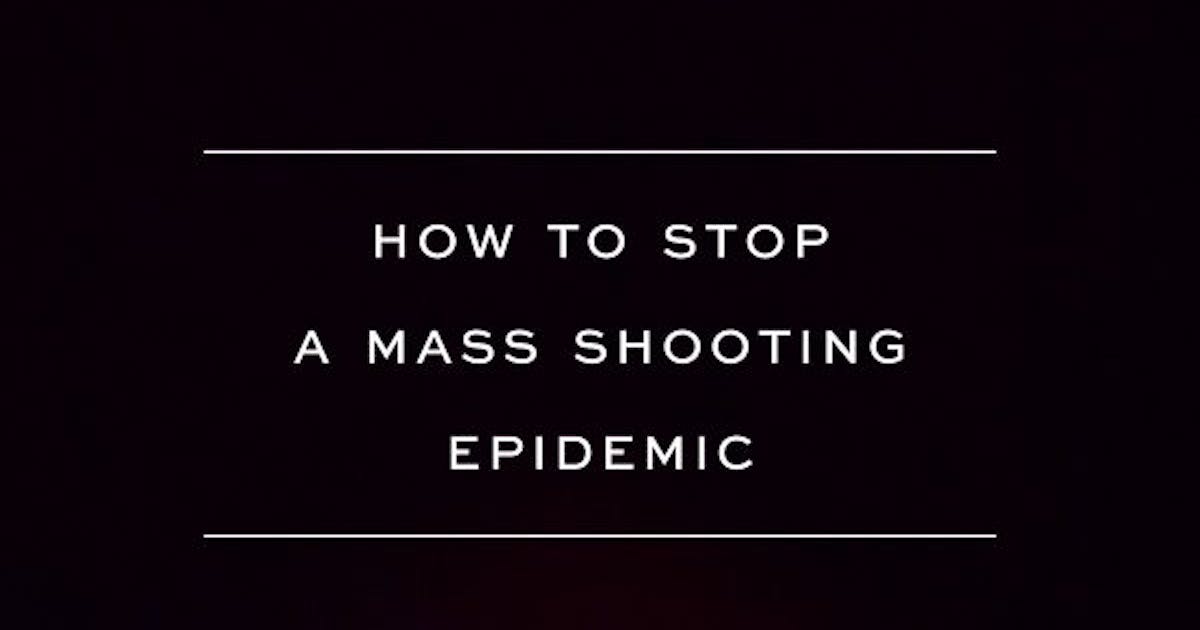 Jillian Peterson will be the first to admit that the study of mass murderers isn’t exactly conversation material at a cocktail party.

But when the Hamline University criminology professor and a former colleague founded the Violence Project, they weren’t from a dark place. Instead, the two Twin Cities professors came from a place of hope – hope that there might be a solution to one of America’s most intractable problems.

The Violence Project is a non-profit, non-partisan research center for data-driven solutions to reduce violence in society. It emerged from the work of Peterson (who studied the lives of death row inmates on Rikers Island and author of a federally funded three-year study of the lives of mass shooters) and James Densley, a sociologist and professor of criminal justice in the metropolitan state. University.

Peterson and Densley were concerned that their work – like that of most other criminologists and cultural experts – focused on deconstructing a tragedy after the fact rather than preventing it. The two academics decided that since the mass shootings created so much public anxiety, they deserved more research with academic rigor.

â€œWe can definitely do better than the talking heads on TV,â€ Densley said.

With the help of Hamline students, the Violence Project compiled a comprehensive database detailing every American mass shooter since 1966. This also led to Peterson and Densley’s recent book, “The Violence Project: How to Stop a Mass Shooting Epidemic “.

Their book focuses on understanding past mass shooters and preventing future ones by showing that our approach to mass shooters is flawed. By painting them as one-dimensional monsters, we avoid the involvement of society. And that prevents us from solving the problem.

â€œThese are the worst of the worst people. These are the people whose headlines you read and we will all be terrified,â€ Peterson said. â€œAnd every time, he’s just a person who’s lived a horrible life. He’s not a horrible psychopathic monster. He’s a person who has done something horrible – but has lived a life that took her to a place where she would do that. “

Peterson and Densley noted that everyone from police to experts seemed to blame the mass shooting epidemic in the United States on singular causes: violent video games, for example, or lax gun control laws. fire arms. But Peterson and Densley thought the theories were little more than myths based on a few case studies. Academic research on mass shootings, they determined, was incomplete.

They theorized why mass shootings in the United States have increased in recent decades. We have always had guns, but they seem less regulated today than ever. We’ve always had childhood trauma and mental illness, but our social safety net has eroded. We’ve always had people capable of violence, but today’s media and social media ecosystem fuels cycles of violence.

The database they’ve compiled over four years examines the lives of more than 160 mass shooters in detail. Using public documents, researching the communities where mass shootings took place, and interviews with shooters and their families, Peterson and Densley delved into the lives of each shooter. They drew portraits of each shooter – coding their early childhood trauma and mental health issues, issues in school and heavy use of social media, suicidality and difficult family situations – and found some many points in common.

Their “aha!” the time came when they realized that the public debate around mass shooters was too simplistic. We as a society were looking for, as Densley puts it, “a solution to rule them all – the only thing to solve this problem”.

Our polarized country has painted this problem in black and white – or, more aptly, in red and blue. The left believed that poor gun control was the problem. The right thought was bad mental health was the problem. Some spoke of strengthening school security or arming teachers as solutions; others highlighted reducing violent video games and fixing broken homes.

Yes to all of that.

Their book identifies 34 potential solutions to the mass shooting epidemic.

They divide their solutions into categories. First, there are the things we can do as individuals, such as safely storing firearms. Second, there are the things that institutions like schools and workplaces can do, like creating climates that support people in difficulty. The last category is the most difficult: changing the way society views mass shootings, strengthening social safety nets, and holding the media – including social media – more accountable for their content.

â€œThe biggest surprise is that Jill and I both came out of this project more optimistic and hopeful that we can actually fix this,â€ Densley said. “We can actually stop a mass shooting ourselves. Sometimes it just takes an act of kindness to change someone’s life.”

The researchers also found that mass shooters often appeared to be as suicidal as they were homicide.

The shooters “want to voice their grievances to the world, not quite suicide but this loud suicide, to get their message out into the world for people to listen to you after you leave,” Peterson said.

Viewing it as suicides, she said, means â€œwe need to stop seeing violence prevention as bulletproof glass and armed security and start thinking about it as warm and welcoming spaces and supportive. mental health. As a society, we are ready to have this conversation: “What is public safety and violence prevention?” “”

It’s one more thing that gives Peterson and Densley hope.

â€œEvery person we spoke to, every abuser, the only question we always asked was, ‘Was there someone who could have stopped you? “Said Peterson.” Every time they said yes. Probably anybody. At this point, they were so isolated, spending time only online. If someone had reached out, it wouldn’t solve all of their traumas and mental health crises, but they had reached the point where anyone connecting with them could have helped them through this moment of crisis. “

â€œIt was usually just that human connection,â€ Densley added. “Someone who reached out and gave them some hope.”

Some of the main findings of the Violence Project’s research on mass shooters:

More than 80% were visibly in crisis before the shooting.

31% of mass shooters were suicidal before the event and 59% died on the spot.

Psychosis played no role in almost 70% of mass shooters, and a major role in just over 10%.

The most common scene of a mass shooting is in a workplace (31.5%), followed by retail establishments and restaurants; 5.4% of mass shootings take place in colleges and universities, and 6.5% in K-12 schools.

In school shootings, the death rate is 2.83 times higher in schools where an armed officer is present.

Here is how to start