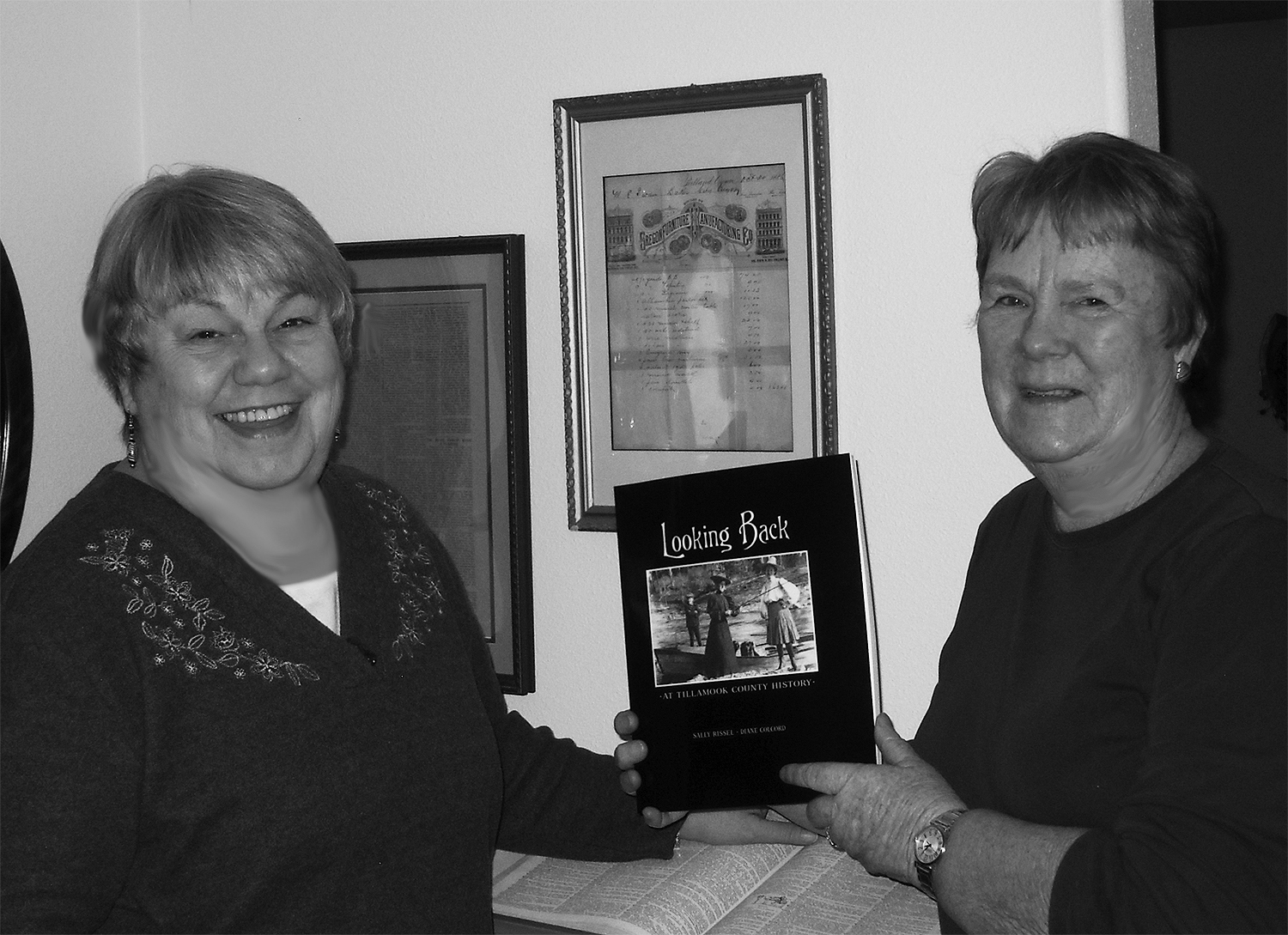 “All the people we have loved and lost are still with us, in the house we call history.” â€“Graham Masterton

Are you interested in local history? Do you have any stories that need to be preserved and shared? The Tillamook County Historical Society (TCHS) wants you! TCHS is a local group of volunteers dedicated to preserving the stories and photographs of the unique people and places of Tillamook County through public events, the installation of historical plaques and interpretive signs, and the publication of books and a biannual newsletter. The organization was established in 1977 and became a registered nonprofit in 1984. Since then, TCHS has built a legacy of projects and publications that form the cornerstone of our local historical record. Sometimes confused with the Tillamook County Pioneer Association – made up of â€œpioneersâ€ whose families have lived in Tillamook County for at least 40 years – the TCHS is open to everyone and works in partnership with the Pioneer Association on important projects and initiatives. Her most recent collaboration was the downtown Cloverdale renovation, led by former TCHS President Sally Rissel.

â€œMost of us have been in hibernation since the pandemic forced us to suspend our meetings and events,â€ said outgoing TCHS president Rob Russell. Fortunately, a few of our more active members have kept the fires burning, and we anticipate a return to regular meetings with excellent guest speakers in 2022. We also look forward to publishing another book, this one dipping in the history of Tierra del Mar.

Publishing has been a mainstay of TCHS since Southern County educator and historian Sally Rissel joined the group in 2001. Rissel had long been an avid collector of stories and photographs from the early days in the valleys. of Nestucca and of Neskowin, and has regularly contributed newspaper articles to the Pacific City Sun.

â€œI was considering starting a new group in Pacific City to help bring together other interested people,â€ says Rissel. â€œThen I discovered that there was already this group in Tillamook who met in a small room at the Air Museum. There were amazing people involved, and I felt like I had found a base for the job I wanted to do.

Jim Reeher, founding member of TCHS, was one of those people who caught Sally’s attention. Jim’s grandparents had settled along the North Fork of the Wilson River, and he charmed everyone he met with his tales of his youth in Tillamook Forest. Another person who caught Rissel’s attention was Diane Colcord.

â€œDiane got involved a few years later, if I remember correctly. She immediately began to bring in her graphic design and cartography skills, â€recalls Rissel. “She created our beautiful Tillamook walking map and she designed our logo and our newsletter – she does an amazing job.”

Soon Rissel and Colcord were collaborating on book projects. Rissel was responsible for printing History of the Petit Pays Nestucca, the meoirs of Alexandria Rock. She and Colcord collaborated on Life on a pioneer farm on the Pacific Ocean, which chronicles the settlement of Sand Lake and the early days of Camp Meriwether. Meanwhile, one of the founders of TCHS, the late Bill Minshall, pioneered the spiral Tillamook County Historical Markers, still the only guide of its kind for the region. Another important contribution has been the recent reprint of The Adventures of Dr Huckleberry, most of which were donated to the Maritime Garibaldi Museum. The most recent book project was published in November 2019, a distillation of Jim Reeher’s memoirs and stories titled Keeping the Memories Alive: A Life Lived in a Tillamook Forest, a Forest Grove and Beyond. Jim paid for the printing costs and the proceeds from book sales help fund TCHS’s operations.

The management of TCHS is very optimistic for the coming year. Russell highlights the addition of energetic new members, a full schedule of monthly meetings with guest speakers and the planned opening of a new office and meeting space on the ground floor of the historic Hoquarton Interpretive Center in downtown Tillamook, which will open in 2022.

â€œMuch of the new energy is due to the Tillamook County History Alliance,â€ explains Russell. “Julie Hurliman has energized all of our local history groups, and she also has a lot of exciting things coming up this year.”

The Tillamook County History Alliance (TCHA) was formed in 2014 and uses transitional accommodation tax money to provide vital support and increased capacity to all historic institutions in the county.

â€œWe are also very excited to progress on the Hoquarton HIC. Charlie Wooldridge, Clair Thomas and our amazing team of students and volunteers have made tremendous progress over the past year. For the very first time, TCHS will have a head office and a new institution where we can apply volunteer hours. “

The TCHS generally meets on the second Tuesday of each month starting at noon. Most meetings are held at the main branch of the Tillamook Library. 2022 includes other hangouts, as well as a few weekend events to allow for wider public participation.

Calendar of events for the first quarter of 2022 (noon):

History of the Petit Pays Nestucca by Alexandria Rock

The Adventures of Dr Huckleberry by ER Huckleberry, MD (on sale at the Garibaldi Maritime Museum)

The mission of the Tillamook Coast History Alliance is to promote and support our museums, historical societies and organizations in Tillamook County in order to better inform and educate the general public visiting or residing in the county. https://www.tchistoryalliance.org/