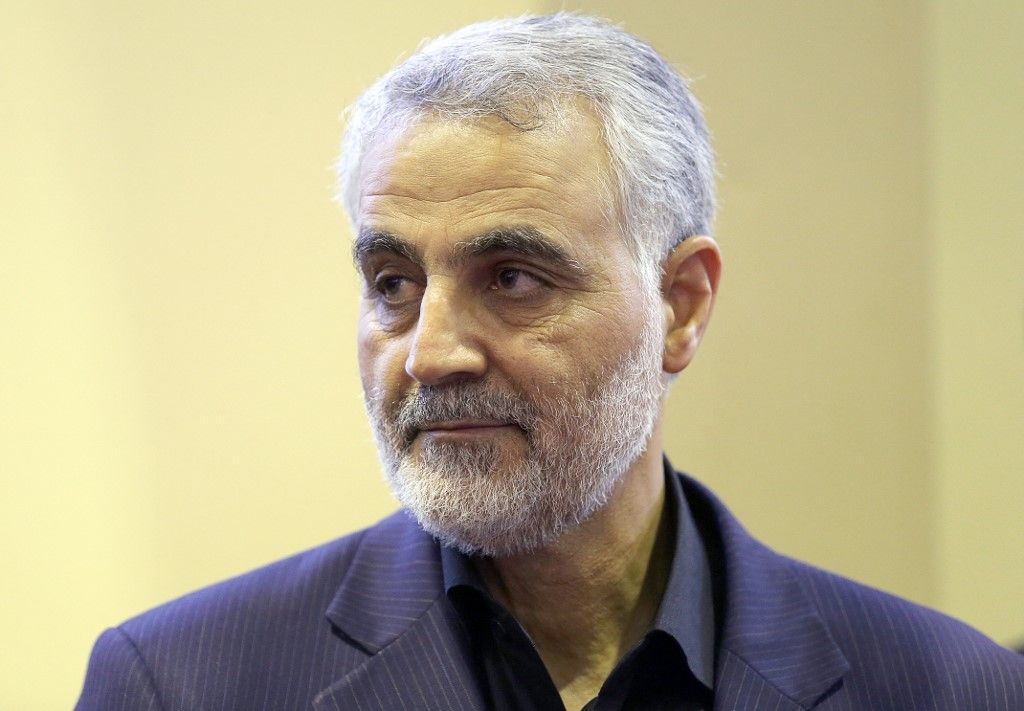 ‘US Terrorism Must End,’ Sign reads rally of supporters of pro-Iran paramilitary alliance

Thousands of supporters of the Iraqi alliance of Hached al-Chaabi armed groups on Saturday marked the second anniversary of the murder of a revered Iranian commander and his Iraqi lieutenant in a US drone strike.

Singing “Death to America”, they filled a place in Baghdad to honor Iranian General Qassem Soleimani, who led the Quds Force, the foreign operations arm of the elite Revolutionary Guards, until his death. January 3, 2020.

“American terrorism must stop,” read a sign at the rally of supporters of pro-Iranian Hashed, a former paramilitary alliance integrated into the Iraqi state security apparatus.

Since then, dozens of rockets and roadside bombs have targeted Western security, military and diplomatic sites across Iraq.

Iraqi and Western officials blamed hardline pro-Iran factions for the attacks, which were never claimed by any group.

In February last year, the United States carried out an airstrike against Kataeb Hezbollah, an Iraqi paramilitary force backed by Iran and stationed along the Iraqi-Syrian border, following rocket attacks against its embassy in Baghdad and an American military company north of the capital.

Hashed has repeatedly called for the withdrawal of US troops deployed in Iraq as part of a multinational coalition fighting the jihadists of the Islamic State group.

Guerrero: In a year of plague and insurgency, a longboard saved me