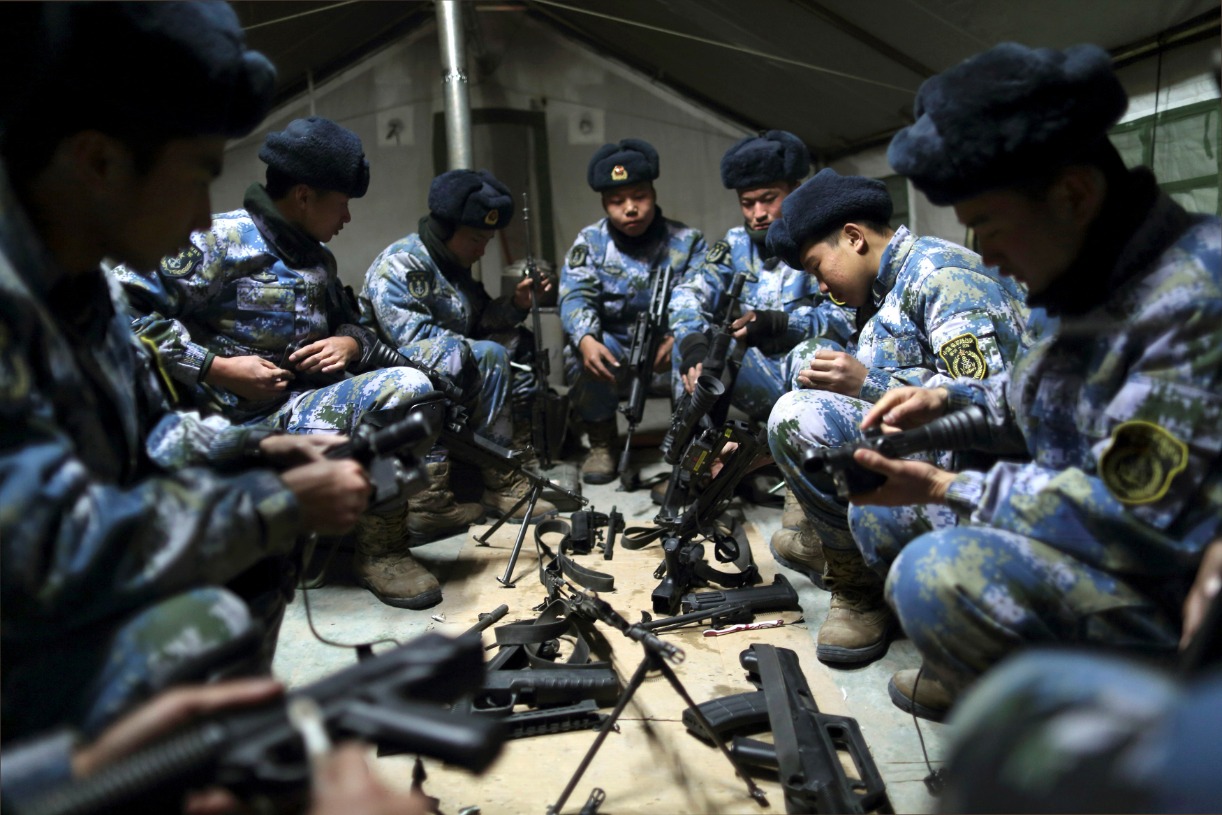 After two decades of neglect, Washington is finally taking the threat of the People’s Republic of China (PRC) force against Taiwan seriously. While military repositioning to prevent China from taking Taiwan is a positive development, most ideas for stronger deterrence are operational and tactical in nature when political and strategic adjustments are needed. The PRC has taken the political decision to abrogate its engagement under the one-China policy by refusing to renounce the use of force. He regularly uses his army to bend Taipei to his will. This deserves a strategic response: in particular, an elevation of the US-Taiwanese security relationship.

The essence of the one-China policy is a simple agreement between Washington and Beijing. In 1979, the United States agreed to relinquish its diplomatic recognition of Taiwan, abrogate its military treaty with the Republic of China (ROC), and withdraw its troops from the island. In return, China pledged to peacefully resolve its differences with the Republic of China. This paved the way for the normalization of Sino-US relations.

These American concessions were so shocking at home that the United States Congress rose in protest and legislated an unofficial diplomatic relationship and a strong defense engagement with the island called the Taiwan Relations Act (TRA). . When Beijing was weaker and apparently engaged in a peaceful resolution, the TRA provided a viable political framework for US-Taiwan relations. Washington and Taipei have developed strong ties that have fallen below the threshold of diplomatic recognition. It is also the legal and political basis for selling arms to Taiwan to help the island oppose Chinese coercion or the use of force. Even with this arrangement, Washington held its end of the bargain, renouncing official relations with Taiwan and severely restricting bilateral defense relations.

In contrast, the PRC has shredded its part of the deal. The Chinese Communist Party has modernized its army to coerce, block, invade and occupy the island. He engages in massive air raids, cyber attacks and intimidation exercises to undermine the will of the Taiwanese people and cause disruptions in US-Taiwan relations. He repeatedly threatens to use force if Taiwan does not meet its political demands, most explicitly in its 2005 anti-secession law and President Xi Jinping’s 2019 speech.

The good news is that the US military is changing to make the defense of Taiwan its main mission, and Congress is on board. The bad news is that even as the stakes rise and the chances of the United States and Taiwan going to war with China increase, bilateral military relations remain very limited. The outdated political framework for these relationships is still in place. This causes unnecessary frustration and friction between Washington and Taipei, which is a giveaway for the Beijing propaganda media.

The current strategic framework does not allow the United States and Taiwan to adequately prepare to repel the Chinese threat. Managing the Alliance is one of the most difficult tasks in foreign policy. It is the work of presidential summits, bilateral meetings of Secretaries of State and Defense with their counterparts, high-level systemic military engagements, and combined routine training and exercise programs to align allied strategies and postures of the forces. Coalition-based deterrence is as much psychological as it is physical. Two very different armies from very different political and cultural backgrounds are preparing to fight together. It is an emotional process, as each part of an alliance comes to suspect the motivations, wills and capacities of the other. The weaker party is always afraid of giving up, while the stronger party always criticizes the contribution of their smaller partner. The process must be managed at the highest political and military levels. Consider that the great hero of the war, General Dwight Eisenhower, was first and foremost an alliance manager: he smoothed out the various objectives, timetables, pressures and political demands of the allied nations of World War II. If China ever did start a war, an Allied response would be as difficult to manage as any major war the United States has waged.

Yet the management of alliances between the United States and Taiwan is mind-numbing and punctual. America’s top national security leaders don’t talk to their counterparts about deterrence and defense. There is a negligible US military presence in Taiwan and no systematic training and exercise program. The two soldiers hardly know each other.

Certainly, in recent years, those responsible for the US-Taiwan relationship have raised the level of strategic discussions and given Taiwan the opportunity to train with the United States. But such an intermittent rise is insufficient to meet the challenge. There is no structured mechanism at the highest levels to forge common perceptions of threats, common political goals or common ideas about escalation. Yet even among Taiwan’s best friends in Washington, there is a strong temptation to blame Taiwan for not having the â€œrightâ€ strategy or creating the â€œrightâ€ forces.

America increasingly demands that Taiwan have a certain type of military, which matches emerging US concepts of how they would fight China. But these American strategic plans and concepts are not systematically shared with Taiwan. Taiwan cannot even be sure that the United States will fight alongside it. Given the differences in size, geography, and proximity to China, perceptions of the threat between the United States and Taiwan are different. For example, the United States may view an invasion of the island as the most likely Chinese war strategy, but China itself has at least five different types of war plans. Taiwan has a different view of the emergency.

Moreover, the democratically elected president of a nation cannot forego weapon systems such as fighter jets that reassure their citizens in peacetime. No government would tolerate incursions into its unanswered airspace. Yet Washington criticized Taiwan’s acquisition of these “non-asymmetric” platforms because they would not survive a war with China. For Taiwan, the distinctions are less clear between Chinese behavior in wartime and in peacetime.

Another problem with the current American approach is that the United States has erred in the past when it tried to dictate the force structure in Taiwan in the absence of a strategic framework. For example, American policy opposed the construction of cruise missiles by Taiwan. Now America is grateful to have such a program. The bottom line is that no ally of the United States never have the force structure America wants. Even so, the United States has been relatively good at dealing with alliance differences when policymakers have the right tools. During the Cold War, feuds with France over Soviet deterrence were notoriously bitter, but the alliance held. More recently, it has taken years for the highest levels of the US government advocating for Japan to reinterpret its anti-war laws and deploy missile defenses. The United States cannot expect big changes in the position of Taiwan’s forces without a strategic framework for political and diplomatic leaders to discuss and the military to train together. Increasing the pressure on Taipei in the absence of an alliance structure to eliminate the differences will fail. The United States is committed to the defense of Taiwan because of its self-interest, which creates natural limits on its influence.

A change in the strategic framework of US-Taiwan military relations may seem provocative. It’s certainly risky given how the PRC has dominated the narrative of what the One-China Policy means. But the United States has every right to better prepare with Taiwan now that China has reneged on its commitments. And this approach is certainly less risky than waiting for war to know the armed forces of the ROC or engaging in a big public feud with Taiwan over common disputes between allies. China’s repeal of the one-China policy is a regrettable development. But this opens up an opportunity to work with Taiwan to better deter war.

Dan Blumenthal is Director of Asian Studies at the American Enterprise Institute and was responsible for China-Taiwan policy in the Office of the Secretary of Defense from 2002 to 2004.

Dancing to Twitter: An Experimental Artistic Performance to Shine a Light on Mental Health