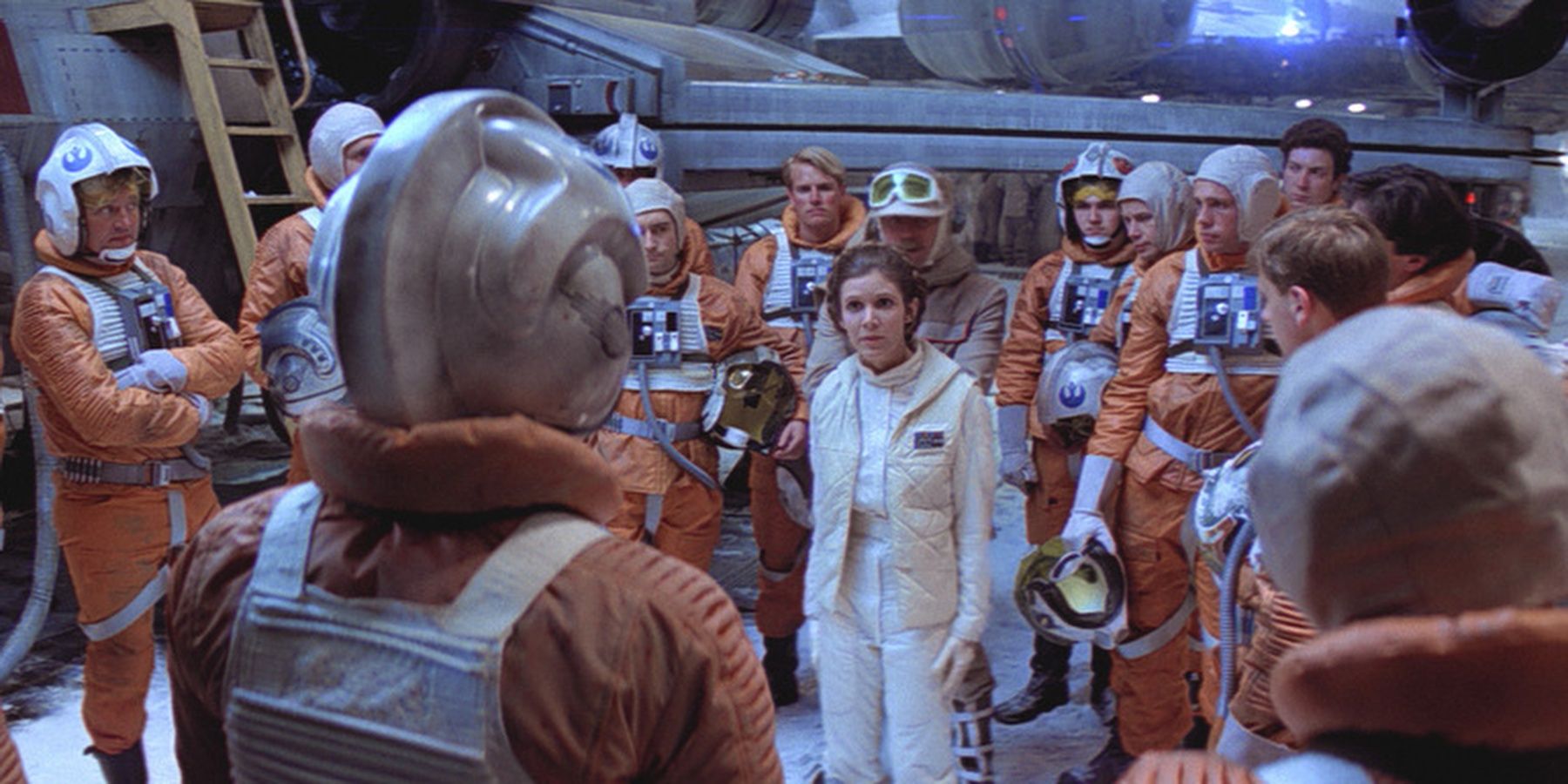 The rebel alliance should have an internal conflict

A central theme of star wars frankness is the eternal conflict between good and evil, or in star wars terms, the light side and the dark side. Heroes are always part of the Rebel Alliance, or whatever that organization’s equivalent is at this point in the timeline, while villains are usually the rulers of the Empire (or whatever equivalent which has now appeared in the story). Basically, every story in the universe revolves around rebels fighting their mortal enemies the Empire with no real room for gray areas in between.

However, star wars could really shake up their storytelling a bit if they focused on the internal conflicts within the Rebel Alliance. The organization is still portrayed as entirely good, with only the purest intentions and purpose of ending the Empire’s evil rule and bringing peace to the galaxy. While there’s nothing wrong with that, and it works in the majority of star wars movies, it would be really interesting to see a darker side of the rebels. Admittedly, not everyone who claimed to be part of this group really had the best intentions in mind, and it would be such a fascinating story to see the inner workings and conflicts that would be present in an organization like that.

In general, one of the things that star wars franchise suffers from reusing the same storylines over and over again. Movies and shows are starting to get old because they keep retreading the same ground instead of innovating and finding a new angle to approach those stories. They have such a large and expansive universe to work with, and yet it feels like fans are only seeing one side of it, and in the most basic terms. The characters aren’t as complex or morally gray as they could be, and instead it feels like everything should be simple and the morals black and white.

If the stories are always going to focus on the Rebel Alliance, perhaps they should make the organization more interesting than the pure beacon of moral goodness it always is. It’s not like it has to be totally out of place and suddenly become a den of badness or anything, but showing the cracks and division between even the good guys would be really interesting and actually quite realistic. Of course, there would be dissenting opinions and infighting in a group like that, and there had to be people with less than pure intentions who made their way into the collective.

More than that, it would be interesting to explore the potentially negative things that happen because of the actions taken by the rebels. They’re still embroiled in a war, and there are sure to be some innocent people who got hurt along the way because they got caught up in a battle between the Rebels and the Empire. Perhaps not everyone in the galaxy views the Rebels as heroes and some criticize the impact they had because they still caused destruction in one way or another. It’s similar to how the Marvel Universe began to explore the detrimental impact the Avengers had on the world while saving it. Both can be true; the organization can be good but also do bad things and accidentally hurt people along the way. It’s a much more interesting thread to explore than the rebels who are just the good guys and nothing else.

There might even be storylines about rebels having shady dealings with people and businesses in order to acquire certain resources they needed. This could be similar to the themes evoked during the Canto Bight scenes in The Last Jedi, where war profiteering becomes a problem. There are people in the galaxy profiting from the conflict, and both sides are investing in weapons technology, so there’s a lot of potential there for some cool ideas to explore. Perhaps there are people who have a vested interest in maintaining the conflict who are involved with the rebels because they are likely to profit from the continued struggle against the Empire with the need for weapons from the rebels.

star wars has so much potential to explore much more complex stories than them and to lean from the dark side to the light side. While it can be important to draw clear distinctions between good and evil, especially in media primarily aimed at children, it can get a little stale when the franchise has been around for this long. Yes star wars wants to explore more mature adult stories, they need to start getting into the grittier side of the galaxy, and not just pretend that the good guys are still perfect angels with no skeletons in the closet. People still want heroes to root, of course, but there’s also a lot to be said for the benefits of complicating these character dynamics a bit more.

NEXT: Star Wars: 6 Things Only Diehard Fans Know About The CIS