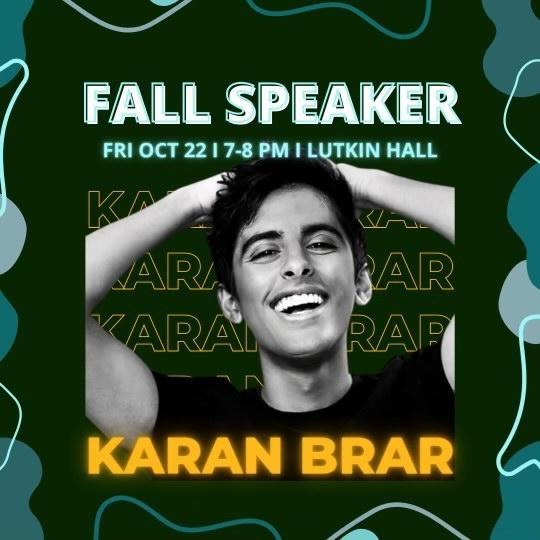 Actor Karan Brar will be the fall speaker for Northwestern’s South Asian Students Alliance, the organization said on Tuesday. The Q&A event will take place in the Lutkin Hall from 7 p.m. to 8 p.m. and admission is free for students.

The South Asian actor is of Indian descent and has spoken out about increasing South Asian representation on the big screen. With the recent increase in South Asian actors featured in Disney projects such as “Mira, Royal Detective,” “The Mighty Ducks: Game Changers” and “Spin,” Brar has continued to advocate for South Asian children to see people like them onscreen. .