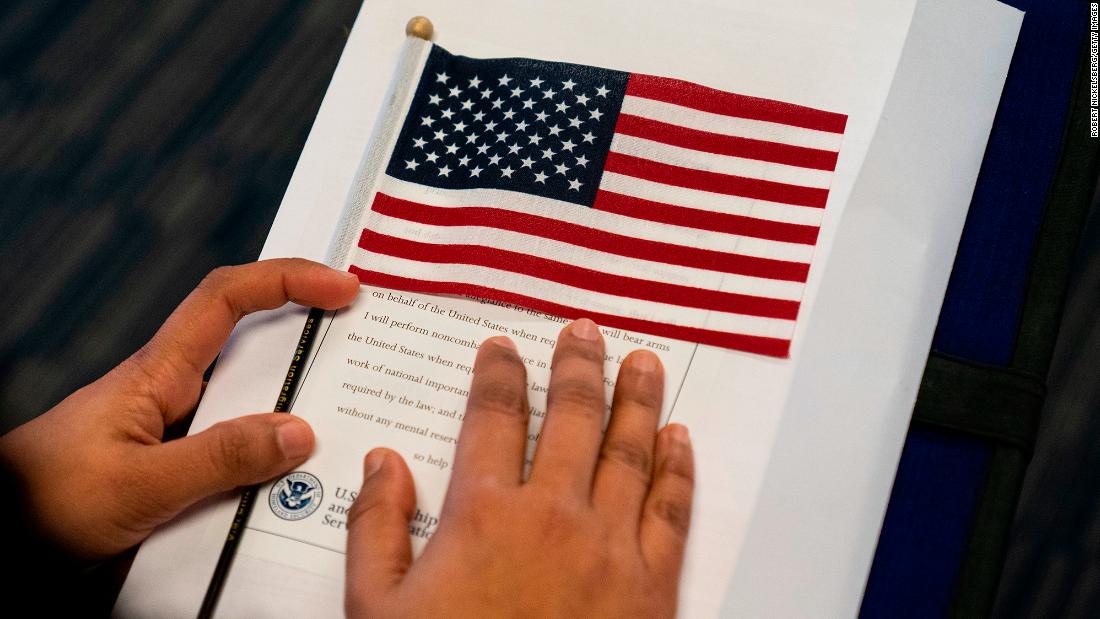 ‘Quite disruptive’: Multi-month processing delays leave people out of work due to nationwide labor shortage

Vera de Aponte, a certified behavioral technician for children with special needs in Florida, had to quit her job this month when her work permit that allows her to work legally in the United States expired. Her family has since adjusted their vacation plans, including no longer taking the plane with her husband’s mother, for financial reasons.

“I had to talk to my daughter about the situation.… It’s not in my hands. It’s frustrating and how do I explain that to her? I can’t buy her Christmas presents because I’m afraid of spend money, “Vera de Aponte, who seeks political asylum in the United States, told CNN in Spanish.

An IT company lost five employees this year because their work permits were not renewed, leaving them unable to legally work in the United States, according to Leon Fresco, an immigration lawyer representing the business. The company, which has around 1,000 employees, declined to be named due to confidentiality concerns.

While three of those employees have since secured their renewals, the incident is emblematic of an issue plaguing businesses nationwide. “Overall, there are huge concerns that this is going to continue to happen,” Fresco said.

The limited supply of workers has already hampered US businesses and is likely to be compounded by immigrants unable to keep their jobs because they cannot legally work until their permits are renewed. U.S. Citizenship and Immigration Services, which adjudicate and approve work permits, say there is an unprecedented backlog of 1.4 million pending work permit applications, including initial applications and renewals.

USCIS did not detail how many of those permits expired due to the backlog, but an agency official told CNN they heard from those affected about the issue.

“We hear from businesses. We hear from nonprofits. We hear from hospitals. And we hear directly from affected people,” the official said. “We are very aware of the problem all the way to the top of the agency and the department.”

Some immigrants, including asylum seekers, are allowed to work in the United States while their cases are pending – a process that often takes years to complete – and they are required to renew these permits regularly.

But without these granted renewals, work permits expire, leaving employers with no choice but to fire workers even when there is a labor shortage.

“The severity of the labor shortage is unprecedented,” said Gad Levanon, vice president of labor markets at The Conference Board, a think tank made up of business members. “When the labor shortage is so severe, any additional factor that pulls people away from the workforce is more noticeable.

The National Association of Business Economics found that nearly half (47%) of respondents to its recent Survey of Business Conditions reported a shortage of skilled workers in the third quarter, up from 32% in the second quarter of the year. .

“If the job market were normal, then it would be easier for these companies to replace those that have lost a work permit,” Levanon added. “Now, finding a qualified worker to replace is much more difficult. ”

The months-long delays in renewing work permits have been “disruptive” for businesses, said Jon Baselice, vice president of immigration policy at the United States Chamber of Commerce, who has frequently heard complaints. companies concerned about processing issues.

“It was quite disturbing,” he said. “You talk about a situation where a company cannot keep an employee at least for the short term due to lack of paperwork. “

For these employees, waiting for what is otherwise routine paperwork means putting off plans and worrying about family finances.

Abelardo Rios, a Florida-based telecommunications field technician, was suspended from his duties last week. Rios, who is seeking political asylum in the United States, submitted his renewal application in February, three months before his work permit expired. He’s still waiting.

“We have no benefits, no medical insurance. They suspended the job, but my family has no benefits at the moment,” Rios told CNN in Spanish.

One of the most frustrating aspects of the ordeal for Rios, who is the sole provider of his wife and 17-year-old daughter, is that he has no opportunity to find another job. He cannot work until his renewal request is accepted, as it has been several times before.

In recent weeks, the Asylum Seekers Advocacy Project has received hundreds of inquiries from people claiming their work permits have expired or are about to expire, according to Leidy Perez-Davis, director of policy at Asylum Seekers. Advocacy Project. They include doctors and specialists who treated patients during the height of the coronavirus pandemic, engineers and long-haul truck drivers, among others.

The Asylum Seekers Advocacy Project, with the American Immigration Council and Lakin & Wille LLP, filed a complaint this month contesting the “unreasonable delays” in renewing work permits for asylum seekers. Vera de Aponte is a named plaintiff in the ASAP lawsuit.

A work permit for an asylum seeker is usually valid for two years. Claimants can apply for a renewal while their refugee claim is pending. If they file before the permit expires, they can receive an automatic 180-day extension of their current permit. But treatment, in some cases, extends beyond this period, leaving asylum seekers in limbo.

USCIS, an agency of the Department of Homeland Security, has faced huge backlogs across the board due to the coronavirus pandemic and, according to an official, mismanagement under the previous administration that resulted in part resulted in a million cases covering unopened categories in January.

Since then, the Biden administration has reduced USCIS ‘various backlogs by changing policies, paying overtime and trying to hire more staff, the official said. But as USCIS tries to streamline operations to resolve delays, it is also doing so at a time when the agency struggles to provide work permits to tens of thousands of Afghan evacuees, emphasizing on already overwhelmed resources.

“We are very focused on the human consequences of losing people’s ability to work when they have no legal reason not to be eligible, and that is why we are focused on solving this problem.” , said the official.

Heghine Muradyan, a California doctor who treated hundreds of patients during the Covid-19 pandemic, lost his job in October when his work permit did not arrive on time. It was approved this week, but she is still waiting for the permit to return to work. Muradyan, an asylum seeker who is also a named complainant in the ASAP lawsuit, has spent the past few weeks fearful of losing her medical license if she does not return to work soon.

The uncertainty of what to do next always hangs over others.

Biraj Nepal, a software engineer, receives a frequent warning from human resources that his work permit will expire in January, a reminder that he is on the verge of losing his job.

“We believe this country is our home,” said Nepal, who has a 4-year-old daughter and baby on the way. “But we live in constant fear and worry because we don’t know what will happen to us tomorrow.”