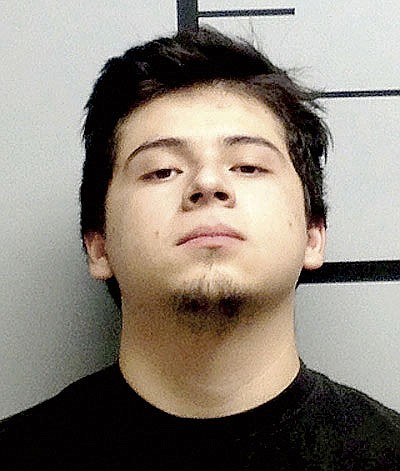 BENTONVILLE – Legal proceedings were stayed Monday over a man from Siloam Springs accused of injuring a 3-year-old boy.

Rolando Obispo Jr., 23, is charged with two counts of domestic assault and battery. He had previously pleaded not guilty to the charges.

He faces 10 to 40 years or life imprisonment if convicted of one charge. The other charge carries a prison sentence of three to ten years.

Obispo was arrested in May. He is being held on $ 500,000 cash-only bond in the Benton County Jail.

Drew Ledbetter, Obispo’s attorney, filed a petition in October advising the court of his intention to rely on the defense of mental illness or fault.

Ledbetter requested a mental assessment for his client on Monday. The assessment will determine whether Obispo is fit to participate in his defense and whether he was criminally responsible for his actions at the time of the crime.

Obispo was arrested after someone asked deputies from the Benton County Sheriff’s Office to do a welfare check at a home for a child with severe bruises all over his body. The person said he has photographs of the child’s injuries, according to court documents.

The deputy saw video showing the boy with both eyes blackened, his left eye swollen and his hair missing, court documents show. The deputy learned that the incident occurred in early April, according to the affidavit.

Brianna Setser, Obispo’s girlfriend, said she went to the store and left her son with Obispo. She said Obispo called her and texted her to come home, and when she returned she saw that her son’s face was bruised and swollen, the affidavit states .

The boy was taken to Arkansas Children’s Northwest on May 11, where he was discovered to have a left side parietal skull fracture with soft tissue swelling, according to the affidavit.

Setser, 22, of Siloam Springs was later arrested in connection with the case. She is accused of having allowed the abuse of a minor. She pleaded not guilty to the prosecution.

His next court date is set for January 13.