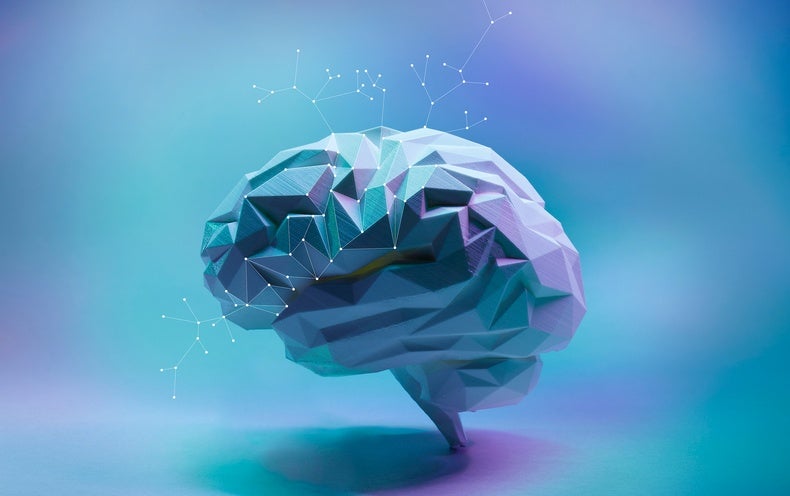 How can a cellist play like an angel? Why am I absorbed in my book when others find it difficult to read? And while we’re at it, can you tell me why my kid keeps screaming?

Now, neuroscience offers the answers, or at least that’s what the headlines say. The brains of musicians â€œreallyâ€ are different from the rest of us. People with dyslexia have different neural connections than people without a condition. And your toddler’s temper tantrums come from their amygdala, an area of â€‹â€‹the brain that is linked to emotions. It’s all in the brain!

Neuroscience is fascinating. But it’s not just the love of science that sparks our interest in these stories. Few of us care about the technical details of how molecules and electrical charges in the brain give rise to our mental life. Moreover, invoking the brain does not always improve our understanding. You hardly need a brain scan to tell your little one is rabid. It’s also not surprising that the brain of an amateur cellist works differently than that of Yo-Yo Ma – or that the brains of typical and dyslexic readers differ in some way. Where else would these differences lie?

This kind of scientific reporting speaks of a bias: as many experiments have shown, we have a blind spot for the brain. In a classic work on “the alluring appeal of neuroscience,” a team of researchers from Yale University presented participants with a psychological phenomenon (eg, children learning new words), along with two explanations. One invoked a psychological mechanism and the other was identical, except that it also fell under the mention of a region of the brain. The details of the brain were entirely superfluous – they did nothing to improve the explanation, as neuroscientists judged. Yet laymen thought so, so much so that once the brain was invoked, participants overlooked big logical flaws in the accounts.

However, why people fall in love with brain-based explanations remains a scientific mystery. Previous studies clearly show that neither the use of vivid brain images, nor complexity, nor scientific jargon alone determines people’s preference for brain explanations of psychological phenomena. Although they do play a role, the fascination with the brain remains even when scientists eliminate these factors. Reductionism, the tendency to explain scientific phenomena on one level by appealing to a more basic level (such as reducing biology to chemistry), presents another explanation. Researchers have found that people actually prefer reductive explanations. But the preference for reducing psychology to neuroscience is particularly strong, more so than in other scientific fields.

Several recent investigations from my lab have shed new light on the mystery. In a series of studies, my colleagues and I invited hundreds of participants, all of them non-scientists, to ‘play clinician’. They had to diagnose a clinical condition using a brain or behavioral test. Both tests were also likely to provide a diagnosis. Either way, however, people thought the brain test was more informative, and they drew conclusions that went far beyond what the test actually suggested. These assumptions, in turn, revealed that people have beliefs about the brain that may help explain why they fall for neuroscientific explanations in the first place.

To imagine these experiences, suppose you, as a clinician, had to diagnose a patient who might have autism. The diagnostic test focuses on a well-studied feature of the disease: that people with autism find it difficult to infer what other people might know and think in a given situation, regardless of their own knowledge and thoughts. You show your patient a video featuring a character, Bob, moving the car keys of another character, Jane, when she is not looking. The patient must predict whether Jane will look for her keys where she left them before or where Bob put them (a fact known only to the patient). Since many people with autism assume that others have the same knowledge as themselves, when an autistic patient sees this video, the patient expects Jane to search for her keys where Bob left them. Your goal is to detect if your patient is surprised when Jane instead searches for the area where she has put her keys.

At this point, you have a choice: You can observe the patient’s reaction using a behavioral method, such as eye-tracking technology. With this approach, you can detect surprise if the patient looks at Jane for a long time. Or you can use a brain monitoring technique where a “spike” in activity indicates surprise. Which test is the best?

In truth, the two tests are equivalent. But, as you might expect, most people prefer the brain test. To find out why, my colleagues then asked participants to consider a different scenario. Again, the patient was suspected of having autism, but this time the symptom participants looked for was a sensation: hypersensitivity to sound, which causes people with autism to be distracted by noise. As before, this condition was diagnosed using either behavior (where eye movement reveals patient distraction) or brain monitoring (where distracting noises are said to increase brain activity). But this time the preference for brain tests was much lower.

Why do people prefer brain-based evidence when considering someone’s thoughts more than when focusing on sensations? My colleagues and I suggest that the difference reflects the way people perceive thoughts on the one hand and feelings on the other. People tend to interpret sensations as “embodied”, meaning that we relate them to specific parts of the body. We hear with our ears and see with our eyes. But thoughts, on the other hand, seem strangely ethereal, even though we rationally know that they “live” in the brain. This tendency to view the mind as separate from the body is called dualism. My group has studied this intuition extensively in previous work and found that it slips into many of our unspoken assumptions about cognition. For example, people suspect that thoughts are more likely than sensations to stay in the afterlife, but less likely to appear in a brain scan. So, science notwithstanding, deep down we are hidden dualists – we conceive of the mind as distinct from the body.

Dualism could help explain the alluring appeal of neuroscience. This is because our dualistic intuitions put us in an awkward position whenever we encounter evidence that our ethereal thoughts are interacting with the body. In a recent experience, when I asked people to reason about the causes of everyday actions, like reaching for a cup of coffee, people rated thoughts (thinking about coffee) as more surprising causes of it. action of their arm as perceptions (see coffee). So while we readily attribute people’s actions to their thoughts, deep down this effect of mind on matter is troubling. But brain-based explanations ease that tension. If it was the brain – part of his body – that made his hand (body) move, then there are no more ghostly interactions between spirit and matter – mystery solved! Brain explanations are appealing, I think, because they ease a body-mind tension created by our dualistic intuition. And because this dualistic tension is particularly acute for thoughts, the appeal of cerebral explanation is stronger for thought than for sensation, which we align with the body.

However, our infatuation with the brain is not limited to dualism. Not only do many people find brain-based explanations more attractive, but my lab has also found evidence that people tend to believe that information related to the brain can reveal a person’s innate ‘essence’. . So when participants learn that a woman’s depression has been diagnosed using a brain test, they mistakenly conclude that depression exists in her family and that the symptoms will last for a long time. If her condition was diagnosed with a behavioral assessment, participants are less convinced of a family connection or that symptoms will persist for a long time. (In reality, the type of test does not affect these questions.)

We believe these findings reflect a second tenet of intuitive psychology: Essentialism is the belief that living things are what they are due to an unchanging essence that resides in each person’s body. When people think that a diagnosis of depression involved a brain scan, their essentialist intuition that â€œwhat is in the body is innateâ€ makes them perceive the patient’s depression as innate and unchanging. Essentialism therefore offers another explanation for the seductive appeal of the brain.

On a rational level, we all know that thought occurs in the brain and that our brain is not our essence or our immutable destiny. But as studies in my lab clearly show, our intuitive psychology suggests otherwise. The consequences are far-reaching. Not only do these beliefs ignite our irrational love affair with the brain, but they can also seriously influence our thinking about psychological disorders and promote stigma towards patients.

Fortunately, our rationality can keep these prejudices at bay, promoting a better scientific culture and a smoother society. To do this, we must face our prejudices by looking carefully within.

Are you a scientist specializing in neuroscience, cognitive science or psychology? And have you read a recent peer-reviewed article that you would like to write about for Mind matters? Please send your suggestions to American scientist‘s Mind Matters editor Daisy Yuhas at [email protected].

10 years of impact of the Collin County Business Alliance