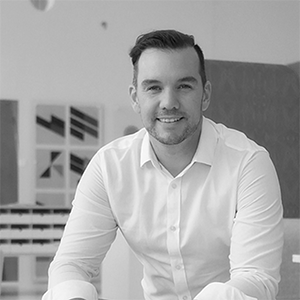 Joel Schellhammer ’01 started as CEO of American Classical Education Inc. in January. The organization formed last year to oversee the establishment of charter schools in Tennessee, where Governor Bill Lee, a Republican, invited Hillsdale College to bring its Barney Charter School Initiative program to Tennessee to offer its support for charter schools.

“It was the right time in my career where I felt like I could spend time pursuing something I was passionate about,” Schellhammer said. “I’m thrilled to have the opportunity to help build something that is truly excellent.”

A 2007 graduate of Harvard Law School, Schellhammer previously served as director of strategy and innovation at NSF International, a product testing company in Ann Arbor. He was also a student in the first class taught at Hillsdale by President Larry Arnn.

ACE is independent from the college, said chief of staff Mike Harner. As it does with charter schools nationwide, BCSI will provide its services to ACE charter schools at no charge.

“It’s a separate entity”, Associate Vice Provost for K-12 Education said Kathleen O’Toole. “It was formed to carry out the mission of our work in K-12 education, but it is not an entity of Hillsdale College.”

ACE is looking to open schools in three Tennessee counties: Madison, Montgomery and Rutherford. ACE has submitted applications to local school boards, but none have yet been reviewed, Harner said.

“Our goal is to start and sustain excellent charter schools with a focus on classical education wherever we believe there is a strong market for it, starting with Tennessee,” Schellhammer said.

Charter management organizations such as ACE allow a single board to manage clusters of schools, instead of each school having its own board. This can improve efficiency and philosophical alignment, O’Toole said.

“Working with dozens of independent boards adds to the complexity,” said College President Larry Arnn. “A board simplifies. Simplicity is especially good when there is already inherent complexity.

The CMO was deemed necessary after Lee invited Hillsdale to support charter schools in Tennessee, according to Harner.

Each charter school must seek permission from its local school board, depending on Laine Arnold, director of communications for Lee.

“While we would like to see many Hillsdale options in Tennessee, that will be entirely dependent on the independent approval process,” she said.

ACE schools will apply through “the same established, unbiased charter application” as any other school or CMO, according to Arnold.

“We invited Hillsdale to undergo the application process with the goal of introducing another high-quality K-12 public education option for Tennessee students,” Arnold said. “Hillsdale specializes in classical education, which would be an exciting new option for parents in Tennessee.”

ACE’s board of directors is made up of nine members, four of whom are Hillsdale College employees, according to Harner. He added that the organization is looking for a headquarters in Tennessee.

“We provided the initial capital to the CMO and appointed a minority of the board members, but we will never accept money from the CMO for the college,” Arnn said.

The Barney Charter Schools Initiative will help ACE schools the same way it helps other charter schools. BCSI is part of the college’s K-12 Education Office, which supports private and charter schools across the country.

“There are already four CMOs in different parts of the country that we work with,” O’Toole said, such as Optima Foundation in Florida, Ascent Classical Academies in Colorado and others. “The structure with ACE will be no different.”

BCSI receives no funding from state governments or the schools it serves. Rather, his funding comes from Hillsdale supporters, O’Toole said.

Prior to ACE, Hillsdale was waiting to be contacted by a local group asking for help in starting a charter school. But with the Tennessee project, the partnership with ACE allows us to be more proactive.

“It was necessary for us to be able to act rather than just respond to requests,” O’Toole said. “We can drive it and make these schools be good schools. Until now we had not driven.

When BCSI agrees to help a school, it provides guidance on hiring, curriculum, and methods to create a supportive school culture.

“Hillsdale may initially provide some logistical functions for this CMO for free, as we are already performing them at scale,” Arnn said. “But the CMO is likely to surpass them as it matures and grows.”

The three Tennessee schools are currently the focus of ACE, but Schellhammer said there is interest in potential future locations.

“We’ve had a terrific response from communities across Tennessee, which is really exciting,” he said.

Arnn said it was important for Hillsdale to help open schools across the country.

“Anybody who knows the beautiful things has a duty to share them,” he said. “Every charity needs support from the outside world, and the best and most honest way for a university charity to get it is to demonstrate the value of its work by sharing what it teaches.

Arnn pointed to online courses, lectures, radio advertisements and charter school counseling as ways the college shares what it teaches, adding “If we think of something else, we are likely to do it.

“Take it all together, and you have an organism that can think, live, feed and breathe, with no part working against the other, and therefore able to grow and thrive. This is what we are working to achieve,” he said.

Schellhammer said he wants ACE schools to be places where Hillsdale graduates apply for jobs.

“Hillsdale has a huge pool of graduates, some of whom are looking to get into teaching and education,” he said. “We hope we can create schools that are attractive places for students to consider as a next step.”

There are also jobs for graduates interested in marketing, business, and other positions.

“There are job opportunities all over the K-12 outreach effort,” Arnn said. “One of them is the head of the CMO, now a certain Joel Schellhammer.”

Schellhammer said ACE’s work is “an extension of the college’s mission.

“It’s a lot of hard work to open and start a school,” Schellhammer said, “especially one that you want to be whatever Hillsdale wants — the good, the real, and the beautiful.”

Could a new study lead to a more effective treatment for Alzheimer’s disease?