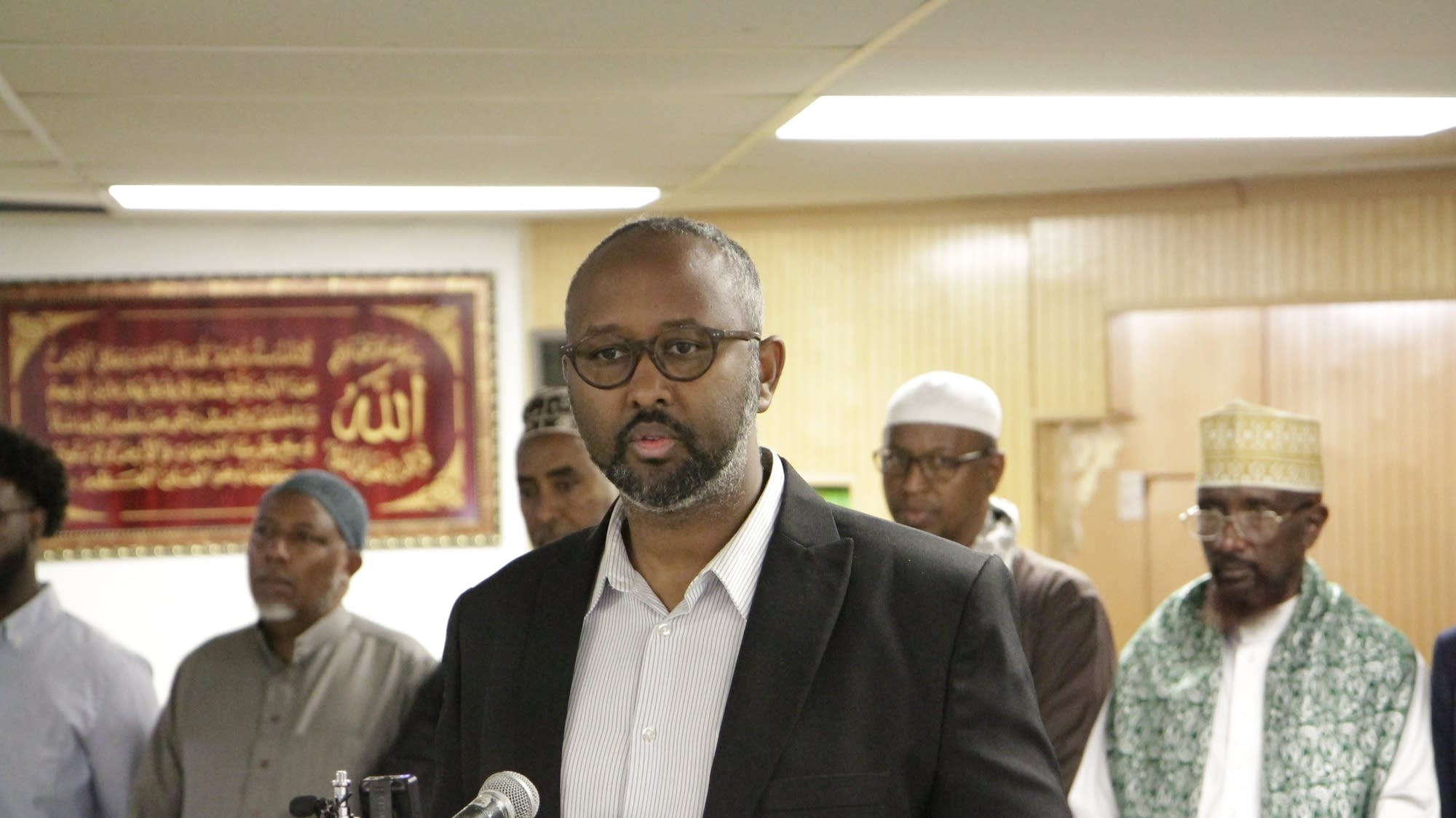 Minneapolis imam reportedly recovering after being stabbed inside his mosque

Muslim leaders in the Twin Cities said a man with a history of mental illness stabbed an imam inside his Minneapolis mosque this week.

Jaylani Hussein, executive director of the Minnesota Council on American-Islamic Relations, said Imam Awil Adan suffered head and arm injuries and could have been killed if another person from the Khalid Binu Walid Center on West Lake Street had not intervened. Hussein said the imam was at home recovering.

Hussein said the alleged attacker is a danger to himself and other members of the Somali-American community.

The 37-year-old is jailed, but prosecutors have not charged him.

He has several past convictions for assault. A judge last year declared the man incompetent to stand trial for several other attacks, including a 2020 incident where he allegedly hit a grocery store worker with a rock.

“Mental illness is a significant factor in the crimes that occur in our community. And without the proper resources and support, we believe it will continue to occur. This individual is a danger to himself and he is a danger for the community,” says Hussein.

The alleged attacker is jailed in connection with other cases, but prosecutors have not charged him in this latest incident. MPR News generally does not name people involved in crimes until they are charged.

Who are the co-founders of OTK? Tracing the origins of the streamer organization