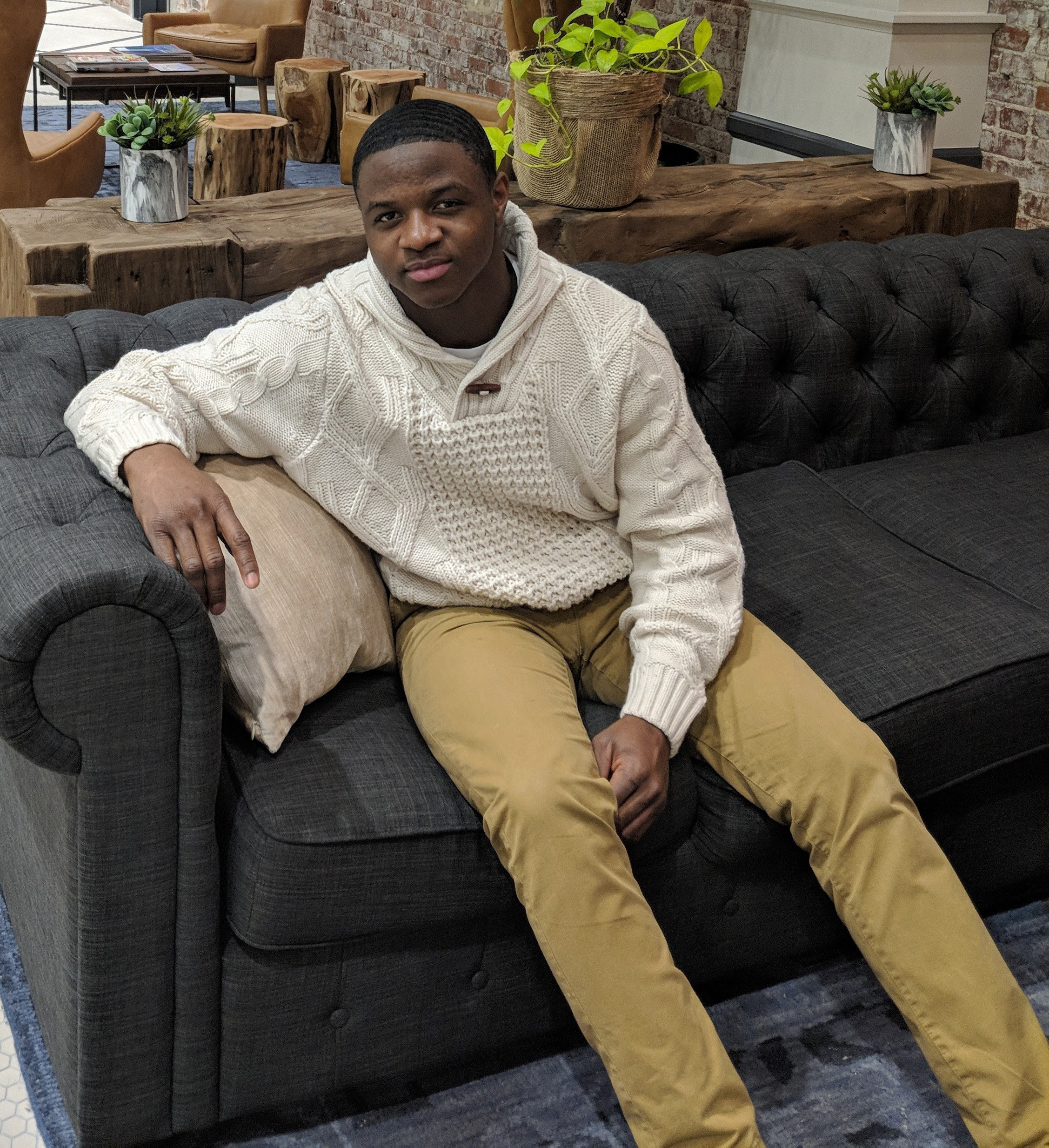 During his four years at Rutgers Business School-Newark, Gary Carter relished the diversity and opportunities available to him as a student.

Classes and club leadership roles and internships that led to employment after graduation, Carter, who majored in accountingsays he imbibed the many experiences.

“I’ve been a sponge for people who have experience,” he said.

“The diversity on campus made me feel like home, which I had in Jersey City,” said Carter, 21, who grew up in Jersey City and graduated from McNair Academic High School.

In high school, Carter had a mentor who taught him accounting. “It inspired me to become an accountant,” Carter said. “He shed light on how having your own assets, your own business, would bring you generational wealth. I wanted to know more.

Carter entered Rutgers Business School as part of the Business Student Transition to Rutgers (B-STAR). B-STAR participants arrive on campus six weeks before the start of their freshman year to meet and attend programs, including their first college classes. Throughout college, B-STAR continues to provide support, mentorship and networking opportunities with alumni and other professionals.

The award-winning B-STAR program, created and managed by the Office of Inclusion, Diversity, Equity and Access (IDEA)helping students transition from high school to college since 2014.

“We had a cohort of friends (in B-STAR) that we could rely on,” Carter said. Throughout his time at Rutgers, he said, B-STAR helped him mature through his professional training and development.

Carter hopes to make an impact as he progresses in his career path. He said he wanted to help close the gap where there is a lack of diversity in corporate America. “It can be who you know, not what you know,” he said. “If you’re in, don’t get settled, get comfortable, help someone else get in.”

Carter took additional courses to complete the five-year accounting program in four years. After graduating, he will work as an associate for KPMG’s economics and valuation services, an area where he interned in the summer after junior year and helped out during the busy season. business this year.

During her freshman year, Carter spent three days in Hollywood, California, learning about the accounting profession through the Rutgers RISE program.

He was also treasurer of Rutgers Real Estate Company and participated in the Road to Wall Street Program.

But his biggest role outside of the classroom was as president of the Rutgers-Newark chapter of the National Association of Black Accountants. C. Daniel Stubbs, Jr., assistant professor of professional practice in accounting, identified Carter as a leader after doing well in two challenging classes taught by Stubbs.

“I sought him out to lead our student chapter of the National Association of Black Accountants because he demonstrated exceptional leadership qualities and easily achieved consensus among his peers,” Stubbs said. “He has good time management skills as he did not allow my challenge to lead the chapter to negatively impact his academic success.”

Carter first heard about NABA from a peer, then went to the organization’s conference in Norfolk, Virginia in his freshman year. “I saw people who looked like me and had the same aspirations as me,” he said.

Being a leader with the NABA chapter boosted Carter’s confidence. “NABA is the high point of my college career,” he said. “It gave me an exceptional network not only in school but outside of school.”