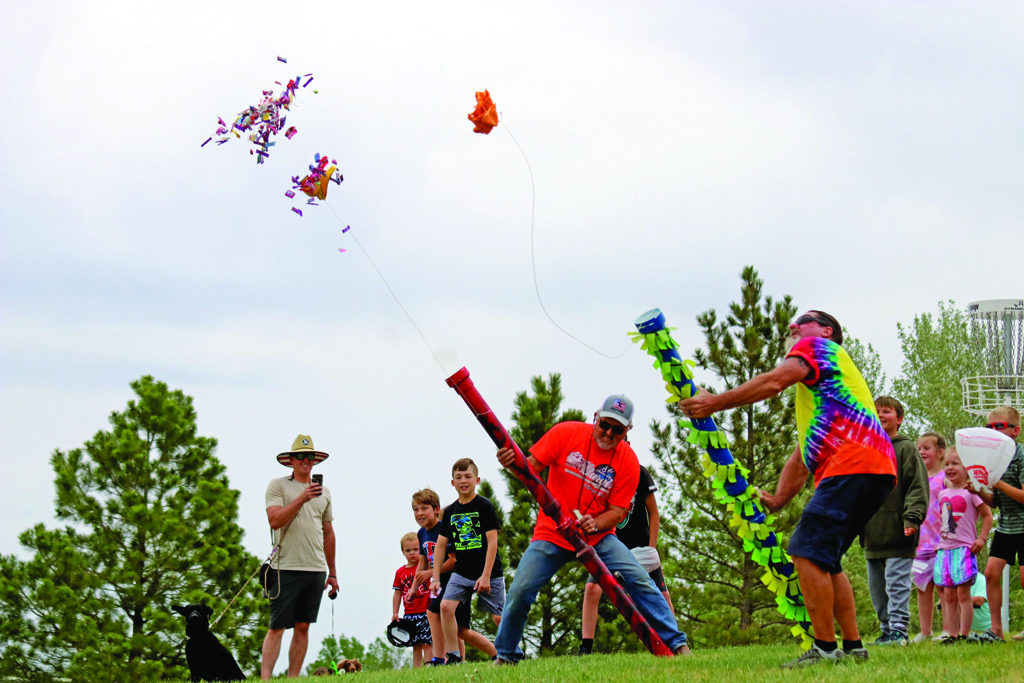 There was a kite festival last Memorial Day weekend in Laing Lake, where giant kites flew, paper rockets were launched into the air over 300 feet and several cannons sweets.
The kite festival was organized by My Wind Stuff. The owners, Curt and Kendra Giebler, are dedicated to their work because they sold their house and put all their money into the business. They live in an RV and travel all over the country, putting on shows.

Alliance is kicking off their national tour, where they have big dreams for the future of the Alliance kite festival.
“We travel and we live full time on the road. Our house is an RV. When we decided to go full time, we sold our homes that way. We weren’t punished and never had to go back anywhere. This is the fourth year that we have organized the Alliance kite festival, and we are looking to build it. We could fill this park. I do shows with 50,000 people. We want this to be a 5,000 person event. said Curt Giebler.
Saturday was the big day for the kite festival. There were about 100 kids in attendance for the candy cannons and paper rockets.

They posted two cannons on the northwest side of Lake Laing at the top of the hill, where the children lined up waiting anxiously for them to leave. Curt Giebler donated candy and cash prizes from his own pocket. He wrote a dollar amount on candies and whoever found those pieces won the money.
Sunday was the last day of the kite festival, where Curt battled the wind to fly the kites and had some things to say about the event.
“As far as the weather is concerned, it was touch and go, but we had a fairly good turnout. The candy cannons went off without a hitch. Yesterday we made some awesome paper rockets and stuff. The wind has just been intermittent, but we took advantage of the winds we had and maintained some things. The crowds were good and that’s what makes a kite festival,” said Curt Giebler. 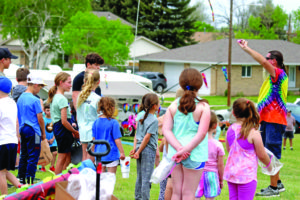 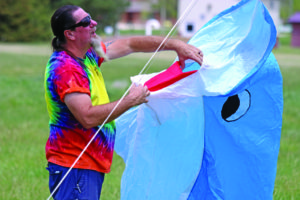 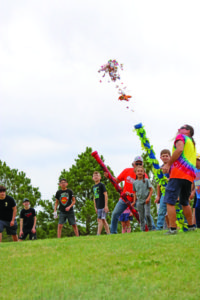