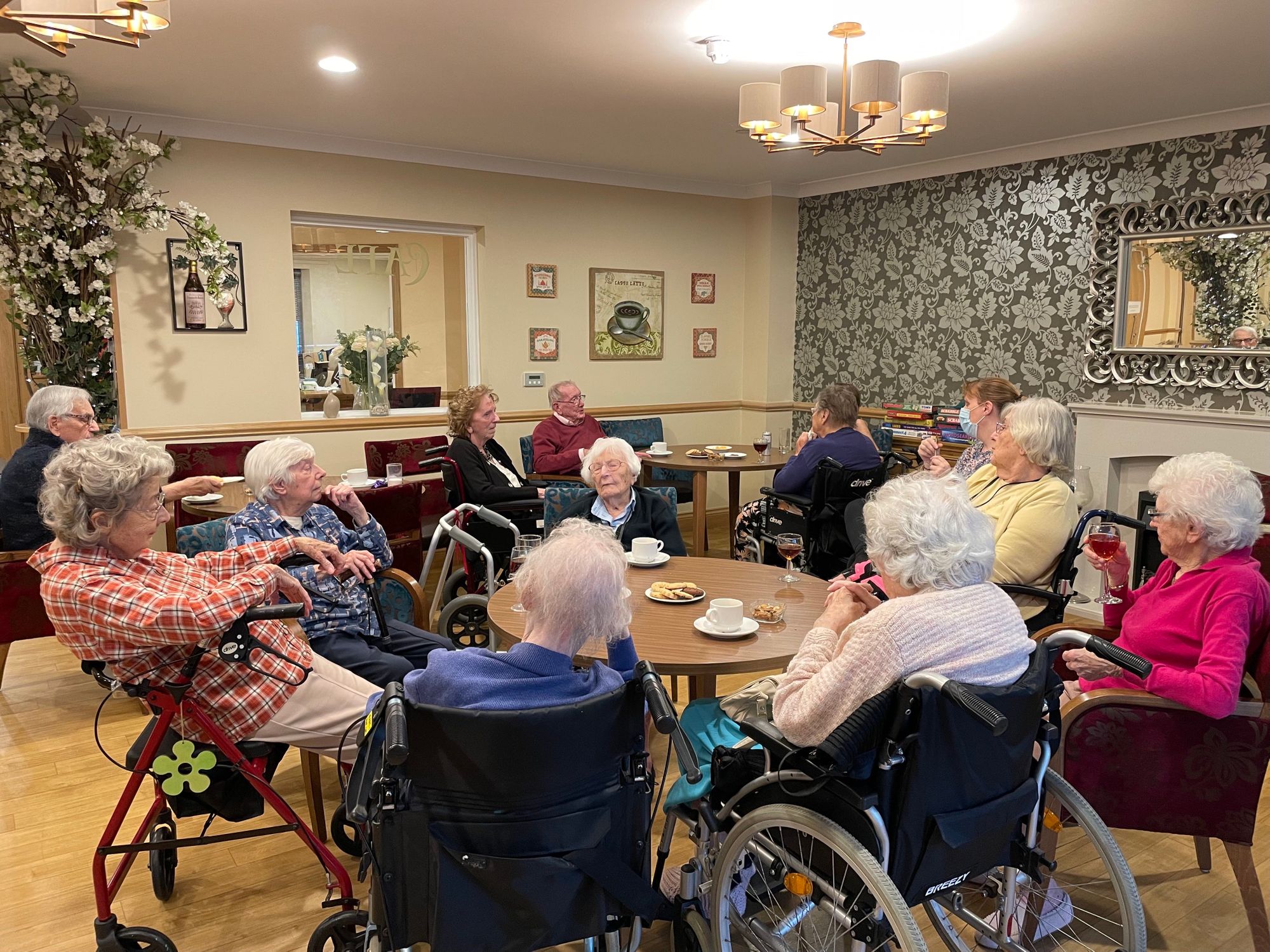 Residents of Foxholes Care Home, near Hitchin, have taken part in several mental health initiatives to promote happiness and connection

Residents of a care home near Hitchin, Hertfordshire, have taken part in mental health initiatives to promote happiness and connection, boosting positive wellbeing during the cold and dark January.

Dubbed the toughest day of the year from a mental wellbeing perspective – ‘Blue Monday’ which took place on Monday 17th January has been exacerbated this year due to the continued threat of the Omicron variant, the Foxholes Care Home residents have been promoting positive health through a meditation session and afternoon coffee walk-in for all of its staff and residents.

The meditation session, which took place in the living room of the house, provided residents with rewarding mental stimulation – with benefits including lower blood pressure, less pain, better immune system function , as well as improved mood and brain function. The family home also hosted a coffee afternoon, allowing residents and staff to gather and chat over a warming cup of tea.

Sharing her thoughts after the therapy activities, 91-year-old resident Una Bracey said: “It was good for us to be able to be heard.” Meanwhile, fellow resident David Barr, 88, “loved” the meditation classes and found the day’s initiatives “really relaxing”.

Originally created by British travel agency Sky Travel, the term Blue Monday has traditionally been given to the third Monday in January since 2005. Brew Monday was later given on the same day by the charity Samaritans, putting the emphasis on connecting with family, friends, colleagues and loved ones.

Commenting on the afternoon of mentally stimulating activities, Neil Gandecha, Estate Manager of Foxholes Care Home, said: “It was another tough winter time for everyone, and especially those in social care. Each year, we see Blue/Brew Monday as an opportunity to speak out and offer support to people who may be struggling with mental health issues.

“With this in mind, our mission was to provide our residents and staff with activities that connected everyone on a meaningful level, whether through meditation or sharing a coffee to help reach out and stay connected. .”