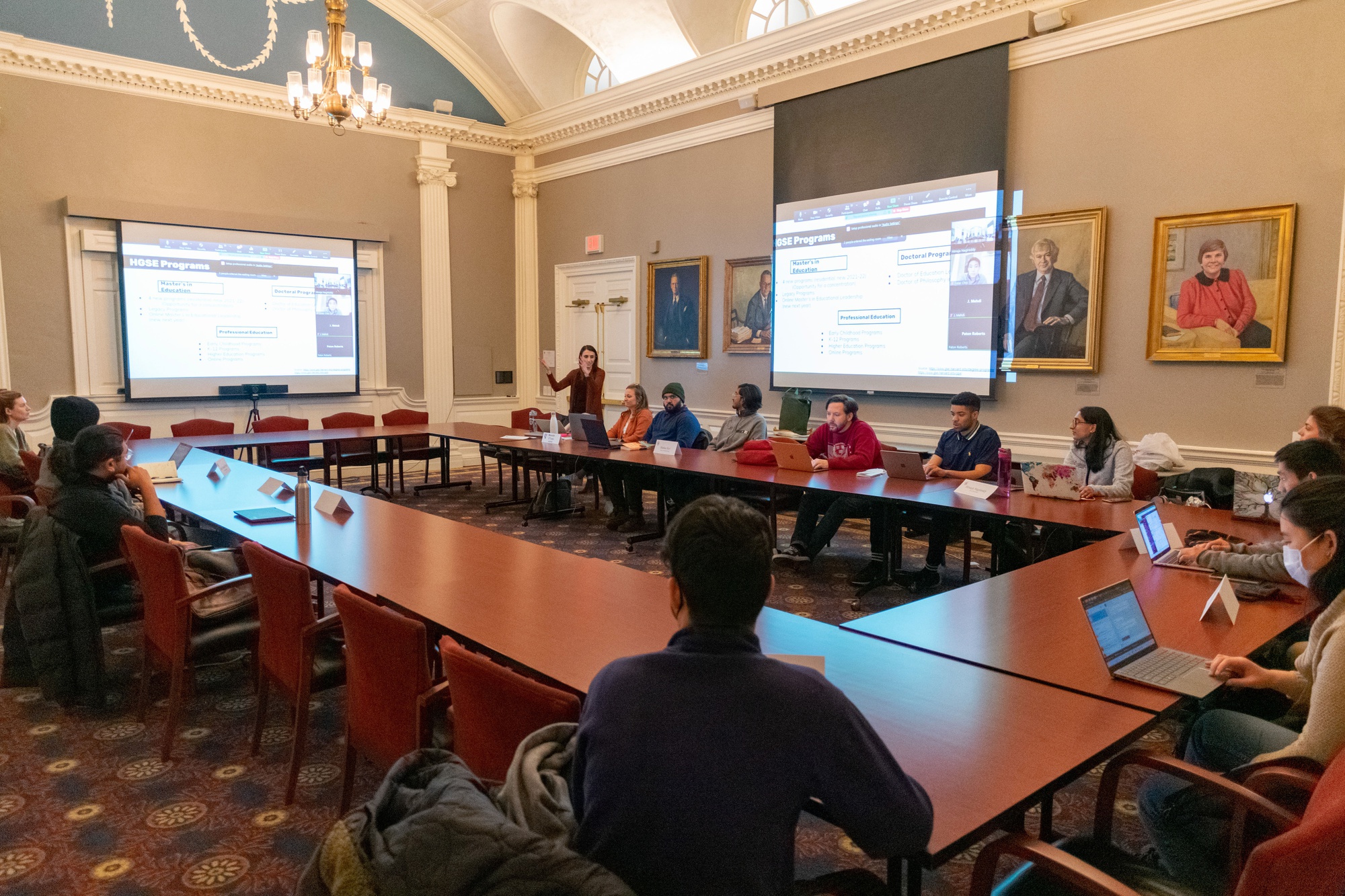 Eight of Harvard’s graduate and professional schools were represented at the meeting, hosted at the Harvard Graduate School of Education, with some members joining via Zoom. The meeting began with a review of current funding requests through the One Harvard Catalyst Fund, which funds approved graduate school events.

While the Harvard Business School Christian Fellowship, the Asian Pacific American Law Students Association, and the HBS Middle East & North Africa Club have all applied for funding, the discussion of funding applications has evolved into a more general discourse regarding the criteria for funding. approval and timeline for processing these requests.

“In a very philosophical sense, the purpose of the Harvard One Catalyst fund is to support activities, events, initiatives that really bring the student body together in some capacity,” said Council Chairman Peter MS Choi.

Some representatives questioned whether the Board should establish requirements for event funding, including requiring a minimum number of schools to attend each event, and whether retroactive funding should be allowed.

Harvard Kennedy School representative Camille N. Choe noted that the Board needs to reopen the application for HBS Christian Fellowship funding and expressed concern about how the late approval of the grant is impacting the Advice.

“My challenge with this application is that it’s been so long now and I feel like it really doesn’t reflect well on us as an organization with the One Catalyst fund and being sort of a guardian of funding, and kind of putting them in a tenuous position, because it’s kind of our fault that the application is now retroactive,” Choe said.

The Board eventually approved funding for the HBS Christian Scholarship, with the stipulation that the money be used this year or next year. The Board also approved the Asian Pacific American Law Students Association’s funding request and voted to reconsider a previous funding request from the HBS Middle East & North Africa Club.

The Board also discussed the current language used in Harvard Extension School degrees. Kody Christiansen, a member of the Harvard Extension Student Association, asked the Council to support his bill, which seeks to remove the phrase “in extension studies” from HES degrees.

“I just think it’s really important to the dignity of our students, and we represent the entire graduate student community who I think would be very strongly in favor of that,” Gabrielle “Gabe” L said. Crofford, a student at Harvard Law School. , while expressing support for the bill.

In the end, the Graduate Council voted to be a signatory to the bill.

Later in the meeting, the board approved a series of constitutional amendments that would increase each school’s minimum number of required voting representatives from one to two and set a maximum of four representatives based on the school’s enrollment.

The Board voted to end the meeting at 8:30 p.m., half an hour after the scheduled end, and ultimately failed to address half of its agenda items.