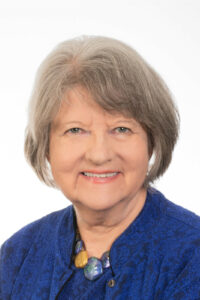 The John Gaus Award is presented annually by the American Political Science Association (APSA) to honor a lifetime of exemplary scholarship in the joint tradition of political science and public administration. Berry will give the Gaus talk on Friday, September 16 at 6:30 p.m. ET as part of the APSA Annual Meeting.

Dr. Frances S. Berry is the Askew Eminent Scholar and Frank Sherwood Professor at Florida State University’s Askew School of Public Administration and Policy. Fellow of the National Academy of Public Administration, recipient of the Distinguished Research Award (2013), from ASPA and NASPPA, and the Frederickson Award (2021) from the Public Management Research Association, past President of the PMRA (2013-2015), and President of the NASPPAA (2011). Prior to becoming a faculty member, Professor Berry worked as a legislative analyst in the Minnesota Legislature and as a policy analyst in the MN Department of Public Welfare before working for ten years at the Council of State Governments where she was Director of Research and Associate. organizations. Professor Berry’s expertise is in policy and management innovation and dissemination; public policy and governance theory, and strategic and performance management.

Quote from the award committee:

Professor Berry’s extensive work on policy innovation and diffusion, program evaluation, and strategic and performance management has profoundly influenced research in political science and public administration. Its seminal American journal of political science article, “State Lottery Adoptions as Policy Innovations: An Event History Analysis,” set the research agenda for the next generation of scholars interested in innovation and policy change. As a measure of impact, this piece alone has been cited nearly 2,400 times according to Google Scholar. A common theme emerging from his research is the value gained by incorporating work from diverse research communities. As noted by her nominating authors, Professor Berry’s “widely cited work on policy implementation, state policymaking, and policy dissemination sits firmly at the crossroads of public administration and political science.

In recognition of her innovative and insightful work, Professor Berry has received a number of awards, including the George Frederickson Award (2021) for “career contributions to the field of public management” from the Public Management Research Association and the NASPAA/ASPA Distinguished Researcher. Award (2014) which recognizes “an individual whose published work has had a substantial impact on the thinking and understanding of public administration”. She is a member of the National Academy of Public Administration, inducted in 2006, and served as president of the Association for Research in Public Management and the National Association of Schools of Public Affairs and Administration.

As her nominators’ letter states, “Perhaps more than any other public administration scholar living today, Dr. Berry’s long and distinguished career embodies the spirit of the Gaus Prize.”

AAPS thank you committee members for their services: Dr. Susan Marie Miller (chair) of Arizona State University, Dr. Anna A. Amirkhanyan of American University and Asmus Leth Olsen of the University of Copenhagen.

Agenda: A look at the region’s support organizations