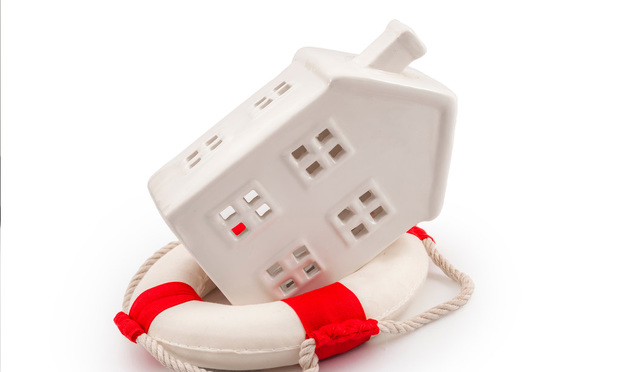 The May 18 Senate Banking, Housing and Urban Affairs Committee hearing marked the start of a period of activity in Congress in anticipation of the near expiration date of the National Flood Insurance Program (NFIP). Its current authority will end on September 30, 2021.

Since 2012, the program has only been reauthorized once for five years. The last long-term reauthorization ended in 2017, ushering in a period of continuing uncertainty for real estate markets and other economic sectors. Many short-term extensions have been used as a stopgap, each lasting for months, weeks or days. Three brief interruptions in NFIP authorization have exacerbated the economic uncertainty facing policyholders, lenders and agents.

For decades, the National Association of Professional Insurance Agents (PIA) has been a strong supporter of NFIP, and we remain a champion of NFIP because it provides homeowners with critical flood insurance coverage than the private market, despite its growth, remains unable to provide adequately. NFIP needs changes. However, previous attempts to address the program’s lingering and persistent debt by shifting towards risk-based rates have met with considerable opposition. The latest changes made by the NFIP to its rating methodology, known as Risk Rating 2.0, have already faced significant resistance.

During the hearing last month, some frequently heard myths were repeated about the work of agents in providing flood insurance to consumers and the amount of their compensation, as well as that of insurance companies. involved in NFIP, called Write Your Own Companies (WYO).

Specifically, the WYO reimbursement rate, which is the 29.9% of the premium that carriers receive from NFIP in compensation for the processing and service tasks they perform, is often misunderstood as an agent’s commission. of the NFIP. Independent agents are often mistakenly characterized as the sole recipients of the entire 29.9% premium payment made by NFIP to WYO carriers. This is simply not true. While carriers compensate agents using the reimbursement rate funds, agents receive a fraction of that amount; they do not receive a 29% commission on NFIP policies.

Likewise, the work of NFIP officers is often the subject of skepticism; policymakers and members of the public question the demands placed on NFIP agents and may reject the value provided by agents. These unfair descriptions reject the level of expertise that agents offer their clients and ignore the wide learning curve that new NFIP agents must go to achieve that level of expertise.

Another common misconception about NFIP agents is that the renewal process is effectively self-executing and requires little or no work on the part of the agent. Such statements are both incorrect and insulting.

On the contrary, renewing an NFIP policy is a tedious process that requires extensive communication with the insured, especially if FEMA has made regulatory changes since the insured’s last renewal or if the insured has taken steps. mitigation measures that require policy changes. In considering these and other issues, the agent must remain focused on strict deadlines, which vary depending on the policyholder.

The work of an agent on behalf of an NFIP client is far from automatic; it requires a lot of organization, work and expertise that endures long after the initial policy has been sold. Independent agents often invest years of time and effort in the sale and maintenance of NFIP policies. They may not generate any income at all until they have spent several years on a single policy. Reducing the commissions that NFIP agents earn would discourage them from staying in the program and deter new agents from considering expanding their business to include flood products.

For years, PIA has opposed any attempt to reduce WYO’s reimbursement rate, as such a reduction would unfairly reduce agents’ commission for the sale of NFIP products.

In 2017, legislation championed by House Financial Services Committee Chairman Jeb Hensarling (R-TX) would have reduced the WYO rate by 3%. The cut in the 2017 bill would have been passed on to the agents by the WYOs as they could not have absorbed the cut and remained in the program. PIA has stood firm during this debate and has categorically opposed the bill. We were the only national insurance trade association to do so. When it became clear that the bill would not pass, PIA worked with congressional offices to prevent similar attempts in the future by explaining why such a reduction would be detrimental to both agents and consumers.

In 2019, our work paid off. The 116e The House of Congress Financial Services Committee was chaired by President Maxine Waters (D-CA), who led an NFIP reform bill through her committee that did not include a reduction in the WYO rate. . President Waters’ bill was passed unanimously by the committee.

PIA encourages the 117e Congress will pass a bill like the bipartisan House Reform Bill of 2019. We are delighted that early drafts of NFIP reauthorization legislation keep the WYO reimbursement rate at its current level. PIA will continue to work with Congressional offices to explain the value agents bring in providing NFIP policies to consumers, and we will oppose any legislation that reduces the WYO reimbursement rate.

Wayne White ([emailÂ protected]) is president of the National Association of Professional Insurance Agents (PIA), based in Alexandria, Virginia. These opinions are his.

This article is published with permission from PIA and may not be reproduced.

Appeal of verdict in favor of University Park Alliance filed