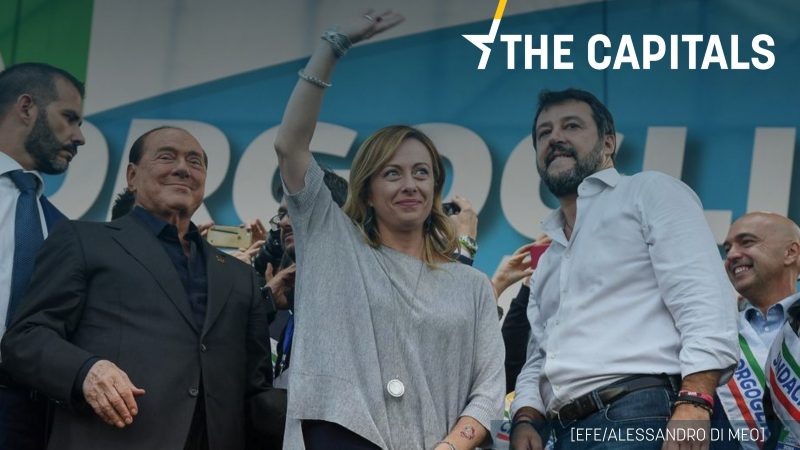 The Capitals brings you the latest news from across Europe, thanks to on-the-ground reporting by EURACTIV’s media network. You can subscribe to the newsletter here.

European news you deserve to read. welcome to Capitals by EURACTIV.

Today’s edition is powered by AWS

How are organizations successfully managing compliance in Europe? What are the requirements for cross-border data transfer? AWS experts Esther Stringham (AWS Legal) and Hans Bos (AWS Security Assurance) dive deep into both topics.

In today’s news from the capitals:

The long history of Italian politicians relying on EU infrastructure and institutional resources to raise their profile in their home country is at the forefront of the upcoming national elections, where 12 of Italy’s 76 MPs presented their candidacy.

Fratelli d’Italia, the current favorite in the elections on September 25, was one of the beneficiaries of the Brussels “cursus honorum”. Read more.

Berlin will implement a windfall electricity profit tax, a price limit with or without the EU. The German government will tax windfall profits from the electricity market, using the revenue to cap electricity bills as part of a €65 billion relief package agreed over the weekend. Read more.

The former socialist prime minister calls for “another left”. The French left must be reborn, believes Bernard Cazeneuve, prime minister of President François Hollande from 2016 to 2017, who published a manifesto on Saturday on the Sunday newspaper website. Read more.

Vienna will grant a relief of 2.5 billion euros on the electricity bill. An ‘electricity price brake’, which will allow households to consume 80% of last year’s electricity consumption at lower prices, was revealed in Electricity Aid Details on Sunday Austrian government households. Read more.

Finland offers a loan and guarantee scheme for electricity companies. A program of loans and guarantees of up to 10 billion euros for power generation companies threatened with insolvency was approved by the Finnish government on Sunday. Read more.

The Swedish government is counting on Europe to solve the energy crisis. Social Democratic Party leader and Prime Minister Magdalena Andersson hopes to find a European solution to what her opponents see as a problem her party helped create as Sweden grapples with soaring energy prices ahead of the elections. Read more.

Sánchez launches the “marathon campaign” ahead of the 2023 elections. Spanish Prime Minister Pedro Sánchez launched a “marathon” political campaign in Seville on Saturday with a clear message to those affected by the crisis: this is “the government of the people”. Read more.

Morawiecki: Poland will relaunch its relations with Hungary. Poland wants to collaborate with Hungary in various policy areas after a short-lived rift caused by a divergence of stances on the war in Ukraine, Prime Minister Mateusz Morawiecki has told the pro-government magazine Weekly meeting. Read more.

The doubling of energy prices will push half of Slovak companies into the red. According to a new study by the National Bank of Slovakia (NBS). Read more.

Croatia is preparing to block the purchase by a Hungarian fund of the first food group. Croatia wants to block a Hungarian investment fund’s plan to buy a 43% stake in leading food and retail group Fortenova from a Hungarian businessman believed to be a close ally of the Prime Minister Minister Viktor Orban, the National weekly report on Sunday. Read more.

Slovenian president visits Belgrade, says there is political will to keep the peace. Slovenian President Borut Pahor traveled to Belgrade to meet his Serbian counterpart Aleksandar Vucic and discuss the political will to maintain the European vision of the Western Balkans and stability/ Read more.

Why Lydia Becomes a Banshee in Teen Wolf (Not a Werewolf)