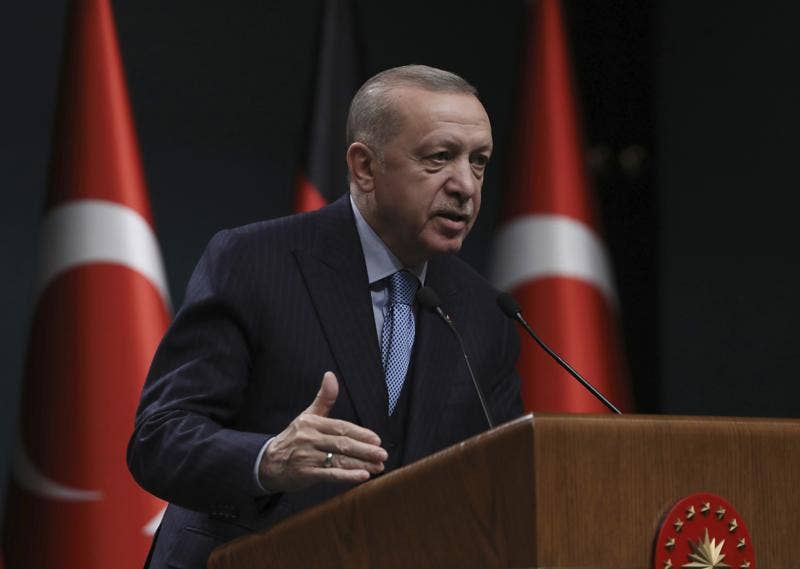 Erdogan of Turkey: NATO membership of Sweden and Finland poses ‘risks’ for ‘the future of the organisation’

The group known as the PKK led a 38-year insurgency against Turkey that left tens of thousands dead. It is designated as a terrorist entity by the United States and the European Union, including Sweden and Finland.

However, the West’s attitude towards the Syrian wing of the PKK, the People’s Protection Units, or YPG, has caused acrimony between Ankara and other NATO members. The YPG form the backbone of the forces involved in the US-led fight against the Islamic State group.

“Turkey maintains that the admission of Sweden and Finland carries risks for its own security and the future of the organization,” President Recep Tayyip Erdogan wrote in an article published Monday evening by The Economist.

Referring to the central tenet of NATO’s mutual defense policy, he added: “We have every right to expect from those countries, which expect NATO’s second largest army to come in their defense under Article 5, that they prevent the recruiting, fundraising and propaganda activities of the PKK.”

All NATO members must approve offers from the two Nordic nations to join the alliance, which were propelled by Russia’s invasion of Ukraine. Turkey has said it will not allow them to join unless action is taken, but NATO leaders see the NATO summit in Spain in late June as an opportunity for historic expansion.

Erdogan repeated his calls for Finland and Sweden to extradite people whom Ankara suspects of terrorist activities and to support “counter-terrorist operations by NATO members”.

He also said that arms embargoes were “incompatible with the spirit of military partnership”.

Sweden and Finland were among the countries to impose defense export restrictions on Turkey following its 2019 incursion into northeastern Syria which was aimed at repelling the YPG. In recent days, Erdogan has promised a new cross-border operation against the group.

The president described Turkey’s role in “arguably the greatest military alliance in history” since joining in 1952 and called on other NATO members to persuade Sweden and Finland to change their positions.