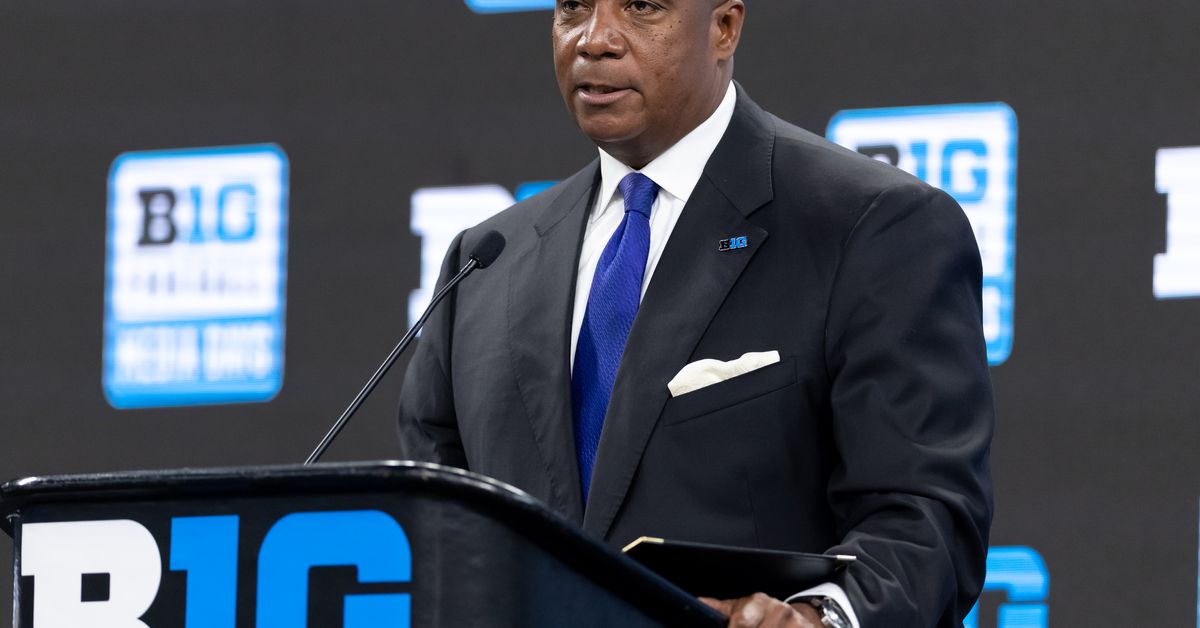 Does the Alliance benefit the Big Ten?

After much deliberation and speculation last week, the Big Ten, ACC and PAC-12 announced a three-conference alliance to set up a framework for moving forward in the volatile landscape of the college football.

“Student-athletes have been and will remain the focal point of the Big Ten, ACC and PAC-12 conferences. Today, through this alliance, we have strengthened our commitment to our student-athletes by prioritizing our academic and athletic value systems. We create opportunities for student-athletes to participate in elite competition and take the necessary steps to shape and stabilize the future of varsity athletics. “

While that’s a great feeling, it leaves the college football world wondering about the fine print. It seems that other than the programming of the non-conference opponents of the ACC and PAC-12, for the Big Ten, things are going as usual. Does scheduling these alliance games make sense if it means eliminating a conference game every season?

Rutgers is expected to play at Syracuse this year and at Boston College next year. A home and away series with UCLA has been scheduled and canceled. So the real question for the future is whether Rutgers will continue to schedule games against ACC opponents, but will that be mandated by the alliance? Will Rutgers drop Temple and Delaware off his schedule and play in place of PAC-12 opponents? Is playing in Wake Forest really better than in Illinois?

PAC-12 commissioner George Kliavkoff told reporters on Friday that the programming plan appears to be a uniform plan where there are matches between these three conferences each season.

It is possible – not plausible – that this will happen as early as next year.
Much of that depends on renegotiating with ESPN and Fox.
“There is a lot of work to be done to get there.

Warren’s statement, I think, was intentionally vague, as was his performance at the press conference. This problem and many others have yet to be resolved. Does this alliance effectively prevent the Big XII and the AAC from participating in the new series of bowls decided by the superiors? Are the AAC and the remaining Big XII teams merging and trying to force the hand of the other three conferences?

Ultimately, as is often the case in our world, the real motivation behind the alliance is money. But after the SEC, the Big Ten is the second richest of the Power Five Conferences. Most people agree that the ACC and PAC-12 are in a much more precarious situation in terms of TV revenues and vulnerability to poaching, so why have the Big Ten been part of this alliance in first place ?

The PAC-12 had the least to lose and the most to gain. The PAC-12 more than the ACC and the Big Ten need the college football playoffs to expand to twelve teams, as they have been the least represented of three conferences since the inception of the four-game playoff system .

The alliance seems to make it clear that neither of the three conferences will debauch the teams from the other. This all sounds good, but first and foremost there is no signed contract for anything, only a gentleman’s agreement. It’s very quaint but unrealistic in today’s fierce business world.

Will the alliance give the three conferences more leverage going forward in negotiations with ESPN, Fox and regional networks? What role will streaming services play in the future?

In order for the alliance to really make sense, the Big XII in some form or another must be included. Rumors abound that AAC schools and independents are tripping over each other to get to Big XII. The crucial question is whether the Big XII decides to add teams or will the conference crumble leaving the remaining teams to fight for admission to the Big Ten, ACC or PAC 12? How would the alliance handle this situation?

Much of it is reminiscent of the last days of the Grand Orient as a football conference. We all remember the somewhat regular press conferences where all the Grand Est teams swore from top to bottom that they were a united front and all pledged to “stay together”. Well we all know how it happened. Ultimately, every school in the country will do what is in its own best interest. It’s just business and self-preservation.

I think it’s an even bet that the Big XII replaces Texas and Oklahoma and adds two more teams. If the Big XII folds, I see Cincinnati, West Virginia and maybe UCF and USF move to ACC. If the Big Ten decides to expand, it seems highly likely to be with the AAU schools in Kansas and Iowa State. The PAC-12 then enters the southwest market by grabbing two from Oklahoma State, TCU, Texas Tech or Baylor. Maybe Brigham Young will switch to PAC-12 and maybe Notre Dame will switch to Big Ten. All the others? Well, to those left behind, Hasta La vista.

Finally, I see, like most people, that a twelve-team varsity playoff is inevitable and that the Alliance Leagues are struggling to find ways to get all three conferences to play at least two non-conference games. But unless college football moves to a 14-game season, does the planning aspect of the alliance really add value and, of course, financial gains for the Big Ten Schools?

For Rutgers, as the team continues to move up the Big Ten food chain, the belief here is that the Scarlet Knights will continue to try and schedule games with Syracuse, Boston College and Pitt. These games are essential to winning the recruiting wars in New York and especially in Pennsylvania. While as a fan I love the idea of ​​a West Coast road trip, it might pay off more for the Scarlet Knights to schedule a combination of Miami, Florida, and the state of Florida. Whether they are allowed to do so is now in question.

Hang on folks. It will be a mad rush.