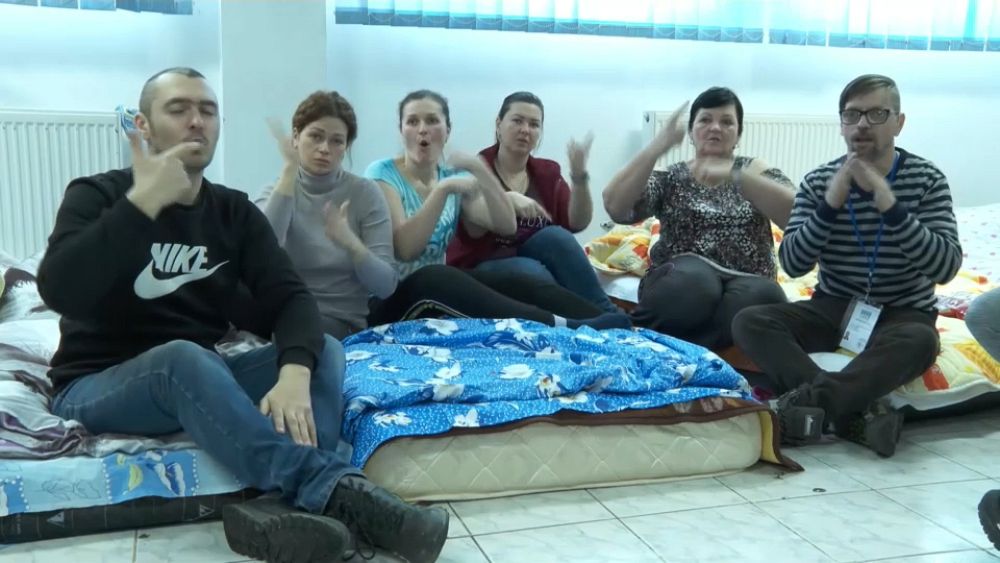 As the war in Ukraine rages on, these Ukrainian refugees have found refuge in a shelter in Romania. Even if they do not hear the war, they live it.

Euronews Romania discovered entire communities of hearing-impaired Ukrainians who fled the war and entered Romania via the Siret border point. For them, danger came without warning, without sirens, without the sound of explosions.

At the border, Romanian volunteers, some of them deaf themselves, work tirelessly to help them.

At first, communication is difficult because Romanian and Ukrainian sign languages ​​are based on two different alphabets, one Cyrillic and the other Latin. All parties rely on gestures until they can communicate more easily.

The volunteers took in 13 deaf refugees, including children. They recorded their information in a file, as they do with anyone who comes to them for help, and worked tirelessly to find them shelters either in hotels or apartments.

For the refugees, the goal is to get as far away from the border as possible, Daniel Hliban, president of the National Association of the Deaf in Botoșani, told Euronews.

“Most of them don’t want to stay near the borders, they feel too close to the conflict zone and they are afraid. We don’t know how to feel about it. But we’re not leaving, we’re staying here,” Hliban said.

She met volunteers at Siret customs and took refuge in Botoșani. She dreams of reaching Prague in the Czech Republic.

Nearly 1000 deaf Ukrainians have been supported by the Romanian National Association of the Deaf.

The war has displaced more than three million Ukrainians in just three weeks.

Why EDR is not enough to protect your organization