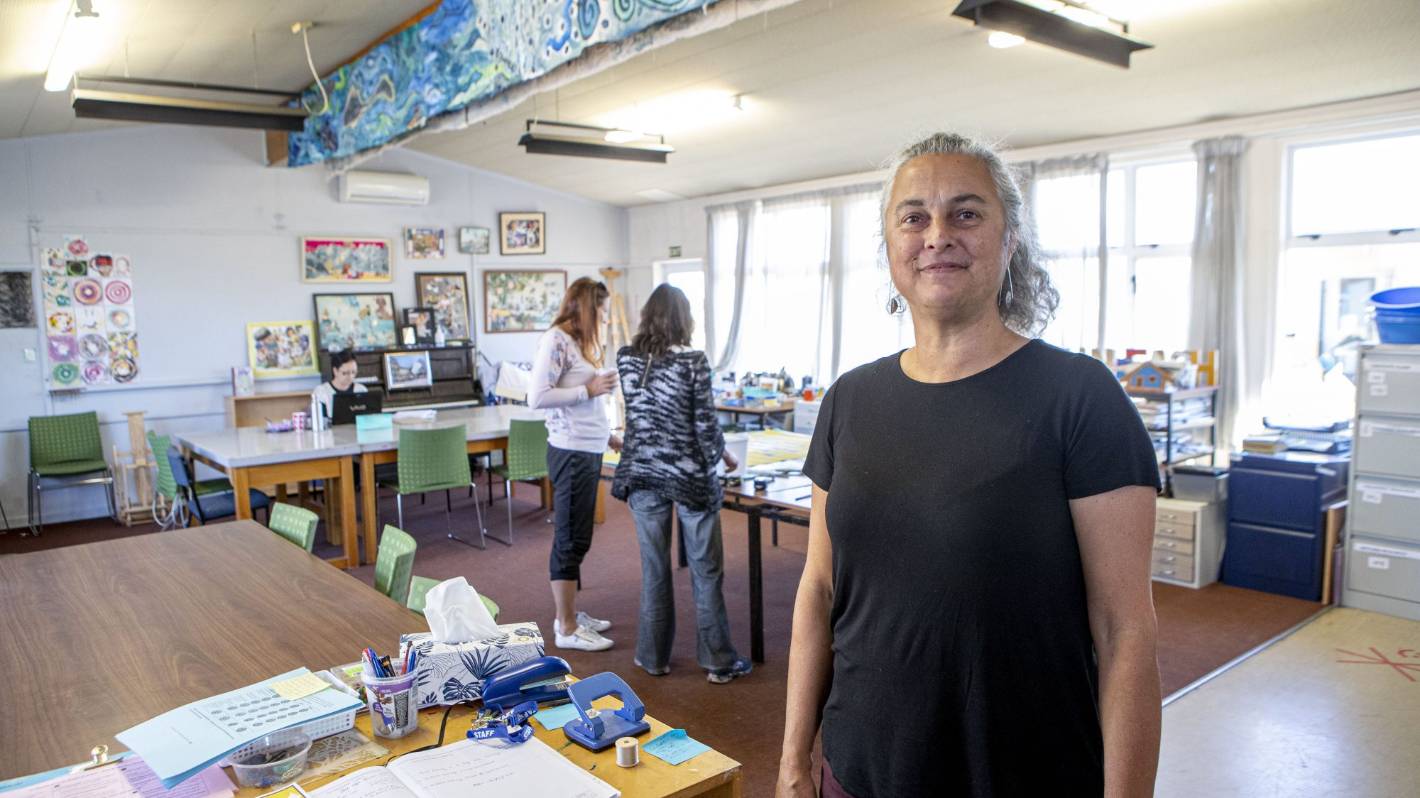 Across New Zealand, the mental health system is under strain.

We live in more anxiety, depression and overwhelm than ever, but in a quiet room in Phillipstown, Ȱtautahi, artist Caitlin shapes sunflowers out of clay. As more drugs are prescribed around the country and waiting lists for counselors grow, she has a place of solace.

Caitlin is from Ȱtautahi Creative Spaces, a community of people tackling mental distress in a different way.

Tucked away in a cluster of old-school classrooms, it’s a place of quiet concentration, sweet smiles, and steaming cups of tea. It’s a community art studio, dedicated to using creativity as a tool for mental distress, and Caitlin comes by several times a week.

READ MORE:
* A new exhibit highlights the positive impact art can have on mental health
* Chch community hub used by dozens of groups may close if lease is not renewed
* Bringing the arts to our people

Sunflowers mean a lot to her. “They’re really big and they’re really beautiful, but they still need support,” she told Frank Film.

“Being here, everything feels safe.”

Creative Spaces is, according to founder Kim Morton, an alternative to what is offered to those who struggle the most with their mental health.

“The mental health system relies heavily on medication and counseling,” says Kim, who founded the service in 2015.

“What we’ve learned is that people need more than that.”

While these things are really important, she explains, they help people survive — they’re not really enough to help people thrive.

Instead, Kim’s approach taps into the power of art and creativity.

Held at the Phillipstown Community Hub (formerly Phillipstown Primary School), the charity offers a weekly program of workshops for artists who have been connected through mental health services. There are directed classes like pottery and printmaking, as well as unstructured sessions where artists can work in whatever modality they choose.

“What we’re trying to do here is explore the world of creativity and play, and find joy in simple creative processes,” says Kim, who previously worked as a community advocate.

She saw a need in post-earthquake Christchurch to offer something different in terms of mental health support, and took the plunge.

The Unleashed session, on a Thursday afternoon, mainly sees young people between the ages of 18 and 25 – including Caitlin.

“It helps me channel everything that’s going on in my life. It makes a very big difference,” she says of the sessions. Caitlin has moving sunflowers in pottery and printmaking projects.

For Kim, it’s the changes in people, big and small, that keep her going.

“The word that comes to mind is transformation,” she says.

“When people come here, they’re often cautious and anxious, and very quickly once they’ve settled in, once they have a sense of belonging, they’re giving themselves incredible challenges.

For many, this means continuing to work or study.

So what is the magical link between creativity and a sense of well-being? Kim thinks the state of flux, which can result from deep concentration, probably has something to do with it — just like working with your hands.

For animator and team leader Henni Read, who first came to Creative Spaces as an artist, connection is everything.

“The community part here is just as important as the creativity,” she told Frank Film.

“This emphasis on creating together and having people around.”

It’s the antidote to a culture in which, as the artist of Unleashed Isaac points out, connection can be increasingly difficult to find.

If there is growing isolation, the pandemic has only added to that. So, for artists who can’t physically make it to the hub, the team sends studio suitcases with art-making supplies, instructions, and chamomile tea. “The idea is that wherever you are, you can keep creating,” says Kim, who has big visions beyond Phillipstown.

“We actually just need to rethink the mental health system and focus on broader opportunities than drugs and counselling,” she says.

“We would like healthcare professionals to have more options…we would really like to see them being able to prescribe art and creativity to help their patients.”

Join Frank Film as we explore whether creativity should play a bigger role in treating mental distress. Watch the movie here.