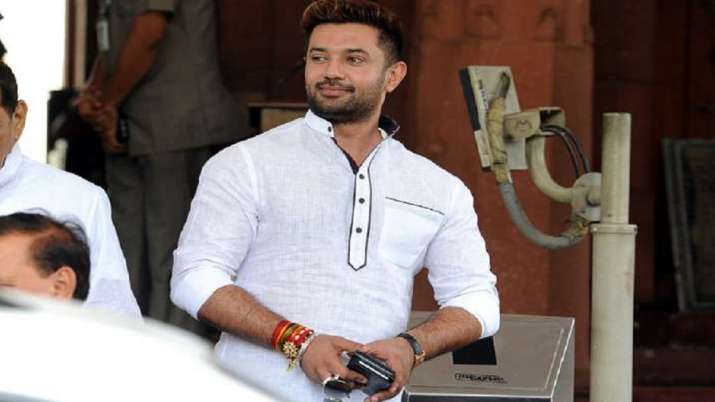 Chirag Paswan, who attended the National Democratic Alliance (NDA) meeting on Sunday, said he was not part of the NDA or any alliance. Lok Janshakti (LJP) party leader said the party supports NDA candidate Draupadi Murmu.

Asked about his future course of action, Paswan said: “We will contest the Bihar elections in an alliance but currently I am not in any alliance. Today I am neither with the NDA nor with the UPA or no Maha Gathbandhan. Who I will forge an alliance with will only be announced before the elections.”

Other people present at the NDA meeting

Union Minister Gajendra Shekhawat said there was no chance of the opposition candidate winning the vice-presidential election as the NDA enjoys a majority.

“We have a majority and there is no chance for any other candidate (to win). It would have been better if the opposition had conducted the election unopposed,” Shekhawat said.

The Congress-led opposition has lined up former Union minister Yashwant Sinha against Draupadi Murmu for the July 18 presidential election.

Murmu is a former governor of Jharkhand and a former minister of Odisha. If elected, she will be India’s first tribal president and the country’s second female president.

Voting for India’s next president will begin on July 18 while counting will take place on July 21.

The BJP on Saturday announced the name of former West Bengal governor Jagdeep Dhankhar as the NDA’s candidate for the vice-presidential election. Dhankhar, who resigned as governor of West Bengal on Sunday, will file his nomination on Monday.

Meanwhile, Chief Congress Leader and former Union Minister Margaret Alva has been nominated as the joint opposition candidate for the August 6 vice-presidential election.

Alva will file her candidacy on Tuesday.

harnessing the wellness benefits of the outdoors through nature therapy