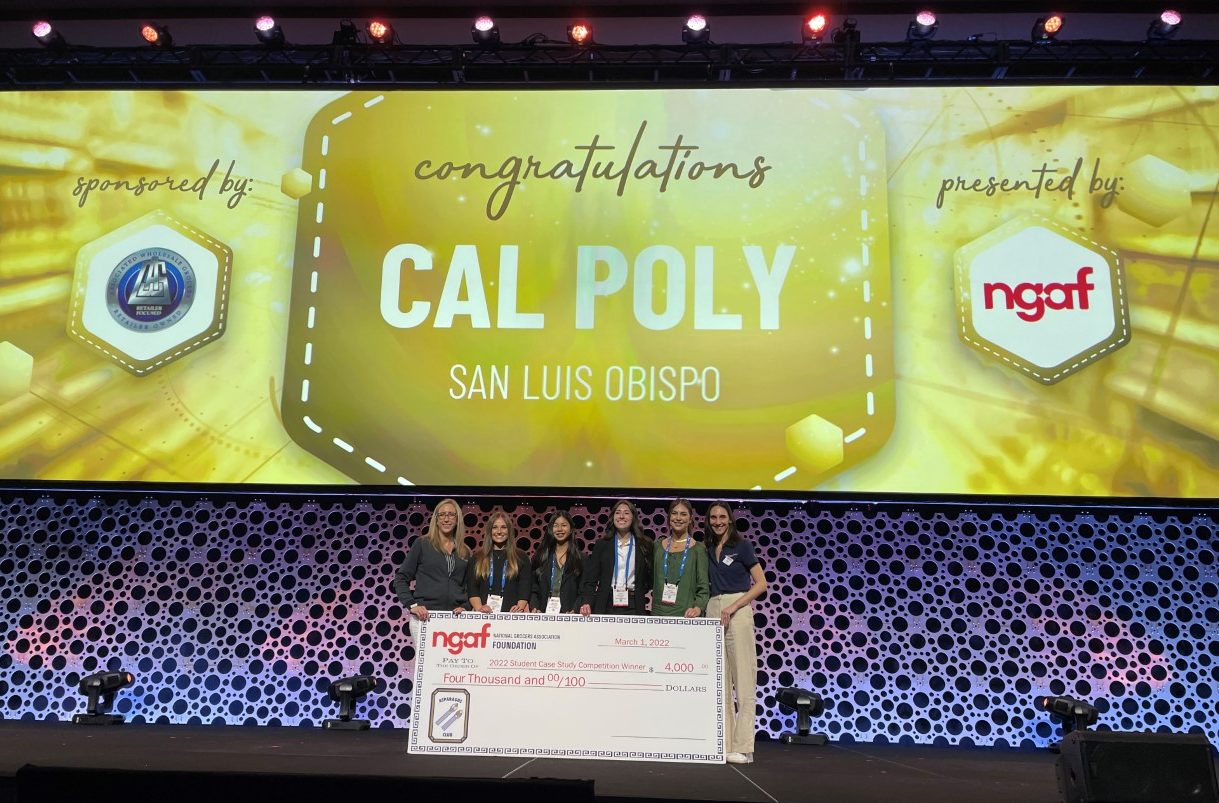 The team was made up of four seniors –– Carsen Beckwith, Kaylee Earnshaw, Megan Poyar and Brittney Tran –– and was advised by Associate Professor Richard Volpe. Each student on the team received $4,000 in prizes.

The National Grocers Association (NGA), a foundation that supports grocers with recruitment programs and professional development opportunities, has returned to an in-person format for its 2022 Annual Case Study Competition in Las Vegas, Nevada. Each year, NGA chooses one independent retailer and one pressing industry question to use as the topic for the contest.

This year, the competition focused on Woodman’s, an independent supermarket chain operating in Wisconsin and Illinois, with 19 stores in total. The company hoped to benefit from solutions to improve its e-commerce presence and make better use of customer data.

“I didn’t have a lot of knowledge about the grocery industry, so it was really cool to learn the behind-the-scenes operations of a grocery store chain and network with industry members during the event,” Tran said. “Our basic solution was to set up a loyalty program in order to collect customer data. From there, I learned how we could take advantage of this knowledge and use it to our advantage to solve the complex problems facing the business. »

Cal Poly was among nine other schools that entered a parenthesis-style competition from Feb. 27 to March 1 and, in the end, faced Auburn University.

After brainstorming solutions and ideas, teams of students from each school presented their findings to a panel of judges, Woodman’s executives and NGA Show attendees.

The Cal Poly team had begun preparing for the competition over the winter break and worked on the invite throughout the winter term.

“My senior draft class is designed to produce a team for this competition,” Volpe said. “I have about 20 students in four to five groups and each develops a proposed solution to the case study prompt.”

The winning team of the class competition is the one selected to represent Cal Poly in the NGA competition.

According to Volpe, when preparing for the competition, the team spends more time practicing question-and-answer simulations than the actual presentation.

Volpe said “lines can be memorized” but she wanted her “team to be ready for anything once the judges ask their questions.”