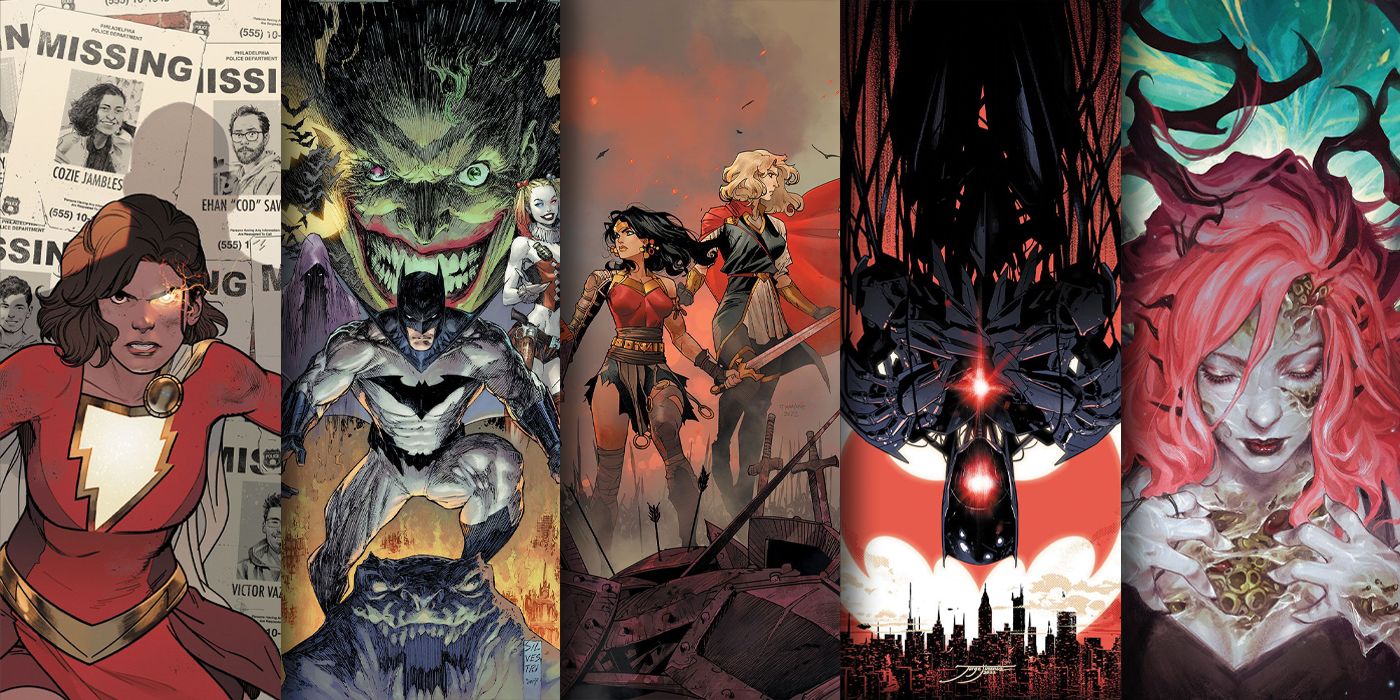 Batman & The Joker: The Deadly Duo #1 launches its first issue, forcing the Dark Knight and the Clown Prince of Crime to team up and save their allies.

The team between Batman and the Joker leads DC Comics’ new releases on Tuesday.

This week is Batman and the Joker: The Deadly Duo #1, the start of a new DC Black Label series written and illustrated by Marc Silvestri. The limited series is Silvestri’s first released under DC’s imprint for discerning readers. The two sworn enemies will forge an uneasy alliance to save their respective allies, Commissioner Jim Gordon and Harley Quinn, after they are kidnapped by an unknown threat lurking in the shadows. The title promises Joker-like monsters, severed heads and more, to give readers “a dark, gritty Gotham that only Marc Silvestri” can provide.

Whereas The deadly duo takes place outside of the main DC continuity, there are plenty of other Gotham-related titles for readers to check out. One of them is poison ivy #6, which concludes the series’ very first arc. Originally, poison ivy was intended to be a six-issue miniseries, however, the book has since been upgraded to continuing status, meaning readers will have more to dive into after the title’s sixth issue.

As with other Gotham-centric titles, Batman #129, Batman: Knightwatch #3 and Gotham City: Year One #2 also came out. Readers can also choose new chapters for monkey prince, Shazam’s New Champion, Black Knights of Steel and more. The full list of releases can be found below in alphabetical order, including covers and solicitations.

THE JOKER: THE MAN WHO STOPPED LAUGHING #2

All of these issues go on sale November 1 from DC Comics.

Which US cities have the highest down payments for buying a home?