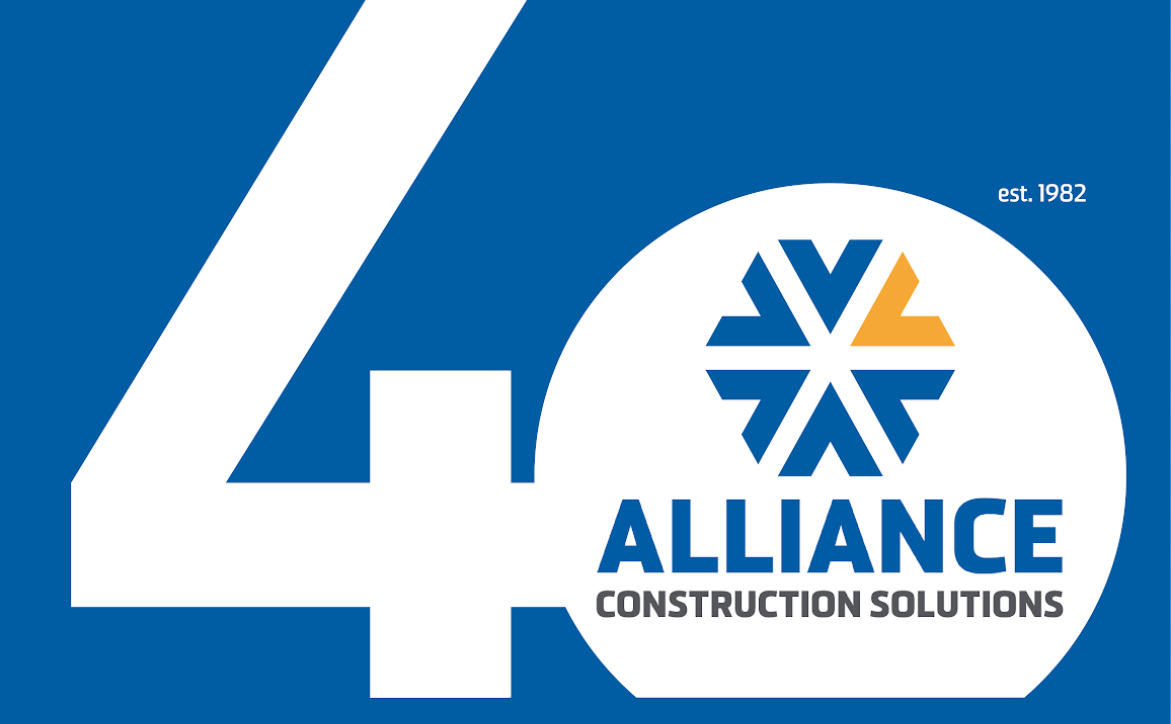 “We are proud of the projects we have completed and the lasting partnerships we have formed over the years,” said Alliance President and CEO Brian Weinmaster. “We are committed to staying true to our core values, and our employees, customers and contractor partners value our commitment to quality and safety.”

Founded in 1982 as Baldwin Construction Inc. (BCI), in Fort Collins, by 1993 BCI had completed Ft. Collins High School, the largest project in its portfolio at the time. A year later, the company changed hands and started doing self-executed concrete and carpentry work. The 1990s were a period of rapid growth for BCI, and in 1996 management felt that a name change would better reflect the company’s values. The rebranding was driven by what the company does best; creating alliances, building the built environment and creating solutions. This is how Alliance Construction Solutions was created.

The company expanded its geographic footprint in the early 2000s, opened its Denver office in 2000, and in 2005 expanded to open an office in Cheyenne, WY. Alliance Construction Solutions recognizes the value of employee ownership and in 2010 became an employee-owned company.

In 2016, Brian Weinmaster assumed the role of President and CEO. Weinmaster is a 28-year employee at Alliance Construction Solutions and ensures the company produces a quality product and meets deadlines while maintaining safety and a strong reputation.

The catalyst for the company’s success has been the longevity of its key employees and leaders. Continuous growth over the past 40 years has created a demand for building a team of construction professionals, and its team members are constantly learning and striving to be the best they can be in the industry.

“For the past 40 years, Alliance Construction Solutions has strived to be the best in the industry while maintaining its commitment to excellence,” said Weinmaster. “Alliance has worked tirelessly to improve and better communities in Colorado and Wyoming. We are proud of our team, the work we have done and the relationships we have built and look forward to the many years to come.