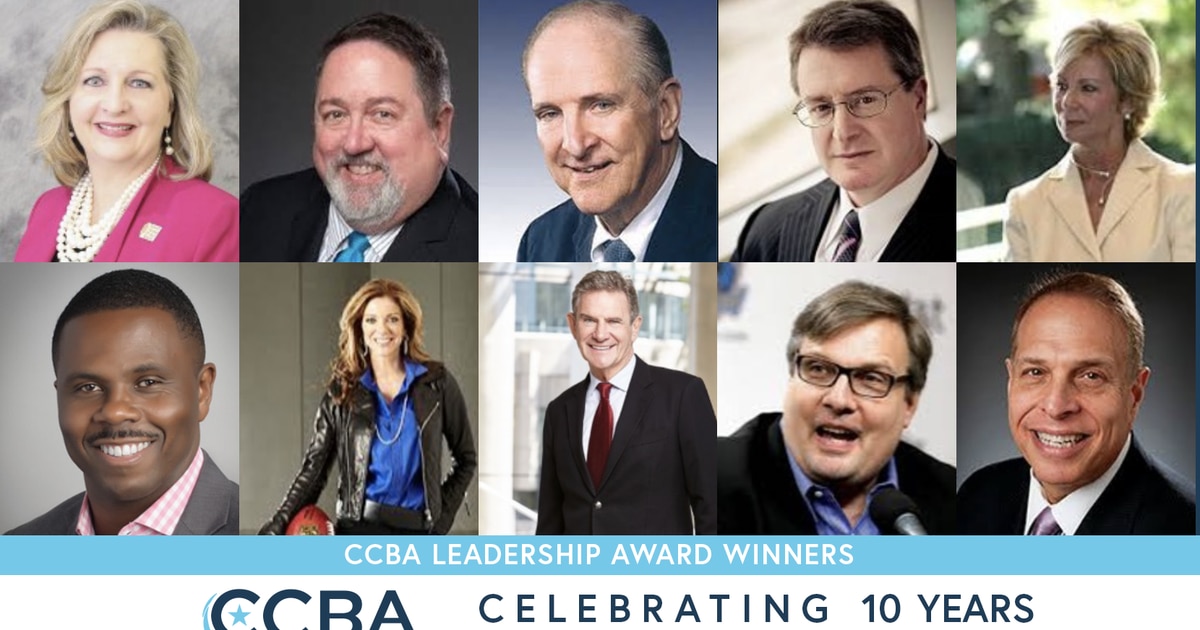 10 years of impact of the Collin County Business Alliance

In 2011, I brought together forward-thinking business leaders with one goal: to make Collin County an even more vibrant place to live and work.

This organization, Collin County Business Alliance, is now celebrating its 10th anniversary. Over the past decade, we have served as a catalyst for positive change by collaborating with stakeholders across the region on key issues related to water, workforce development, mobility and civic engagement, thus ensuring the dynamism of the future of our community.

The collaboration between our cities is even more important as Collin County continues to grow significantly. The CCBA will continue to be the organizer that raises issues across the region, so we are set for another 10 years of success. Here’s a look at 10 ways we’ve moved the needle since we started:

CCBA launched Collin County Votes in 2017 to increase voter turnout. We’ve partnered with local chambers to educate business leaders and residents about local elections, and have put together a beginner’s guide to running for office in hopes of creating a more diverse candidate pool in Collin County.

Since launching Collin County Votes, we have consistently brought more people to the polls. In 2021, local elections saw an increase of over 50% in voter turnout.

During its 10 years of existence, the CCBA has raised key issues at the regional level by bringing together community leaders and expert voices at various events. This year, the CCBA hosted its first Equity Summit and led thematic panel discussions with Local Profile. Topics for the roundtable included candidate diversity, supplier diversity and infrastructure. CCBA also ran a â€œWhy Run for the Officeâ€ video series with former elected officials who each shared their personal journey to public service. Both characteristics helped promote civic engagement and emphasized the importance of a diverse pool of elected officials.

We must all stand up against hatred in all its forms. In the summer of 2020, we brought together over 50 leaders from diverse local businesses and communities to discuss the prevalence of racism and the necessary actions the group could take to address it. CCBA leaders also met with city mayors in Collin County, local chambers and black business owners to understand their priorities and impactful partnership opportunities moving forward.

The powerful dialogue led to Collin County Unites, the CCBA’s premier social justice plan. The initiative increases black voter engagement through the Collin County Votes initiative, supports black-owned small businesses, and creates internship / mentorship programs for students and young adults to strengthen equity in communities. under-represented communities. By strengthening our smallest businesses – the heart of every community – we will continue to fuel our post-pandemic economy.

Although we are absolutely similar in our common humanity, we have great diversity when it comes to our origins and cultures. I’ve found that when you bring the two together – our common humanity and our rich diversity – you can drive bold innovation that you couldn’t otherwise create.

We created Collin County Counts in 2020 to raise awareness about the essential United States Census, which is taken every 10 years. Its data creates additional seats in Congress to represent growing populations, helps draw boundaries for state and federal officials, and determines how more than $ 675 billion in federal funds are distributed to support housing, public education, transport, employment, health care and public policies.

With help from the CCBA, Collin County had a spontaneous census response rate of 73.8%, compared to 62.8% for Texas and 67% for the nation. Collin County was also the highest among the four most populous counties in North Texas.

With our population set to double by 2070, our available water reserves will also have to double. This will require an additional supply of about 100,000 acre-feet of water each decade to meet the increased demand. Construction on Bois d’Arc Lake is ending in Fannin County, and water from that lake could reach homes as early as 2022, delivering an estimated 113 million gallons of water per day to the North Texas region.

In 2012, the CCBA also helped change the county’s water supply legislation. The Lacey Act has reportedly blocked a vital water source for Collin County due to the presence of zebra mussels in water pumped from Oklahoma to Texas. CCBA’s grassroots advocacy efforts have exempted our water district from regulation, explaining the far-reaching effects of a water shortage on businesses in Collin County.

The CCBA is leading key education advocacy efforts, like the historic Texas House Bill 3, an $ 11.5 billion law that reforms school funding and cuts property taxes. We need to ensure that HB3 remains fully funded and continues to move forward. Collin County employers prefer to attract a local workforce and we need a reliable, high-quality education system to provide the right candidates. HB3 lays the foundation for a solid future talent pool.

Quality transportation infrastructure underpins the basic functioning of any community and its economy, and it is a vital resource as our county grows. The CCBA believes it is important to ensure that existing roads in Collin County are maintained, that new roads are built to high standards, and that the efficiency and community needs are always considered high priorities.

Texas will receive roughly $ 35 billion over five years from the long-awaited National Infrastructure Bill that has just been enacted. Dollars will be set aside for a variety of new projects and maintenance, from expanding freeways and broadband access to modernizing public transportation across the state. Michael Morris, director of transportation for the North Central Texas Council of Governments, spoke at the recent CCBA infrastructure roundtable, saying the infrastructure bill will be a game-changer for the region . He said the US 380 in Collin County could be near the top of the list of projects ready to benefit from the bill.

8. Create a diverse and engaged board of directors

We have always had active board members, and their enthusiasm for making a difference amazes me. Our board of directors grew to 22 members in early 2021. It was essential that we bring the diversity we want for Collin County into our own boardroom. This includes ethnic diversity, diversity of thought and diversity of profession. Members of our Board of Directors represent large companies from a variety of industries, including technology and healthcare. We must celebrate our similarities and cherish our differences to cultivate the richness and creativity that lead to success.

9. Recognize the biggest names in our region

CCBA cannot do what it does without our dynamic local leaders. Each year, we announce a recipient of the Leadership Award, whose tireless work keeps Collin County alive. This year’s winner was Project Unity founder Richie Butler, who was instrumental in the CCBA’s social justice plan. He helped bring community leaders together to discuss the prevalence of racism and the necessary actions we could take to address it.

10. Bring the CCBA to the national stage

CCBA just held its 10th anniversary luncheon. Thanks to this year’s keynote speaker, Indra Nooyi, former President and CEO of PepsiCo. Condoleezza Rice, Anderson Cooper, and the late Colin Powell have also spoken at past lunches, and their advice and wisdom is always with us.

Collin County is a vibrant community filled with amazing people taking initiative. The CCBA will continue to use its collective voice to draw attention to critical county-wide issues. Dynamic businesses and vibrant communities go hand in hand, and businesses have an obligation to be more than a guest in the community – we need to be strong anchors.

Sanjiv Yajnik is a founding member of the CCBA and is its chairman of the board. He is also President of Financial Services at Capital One.